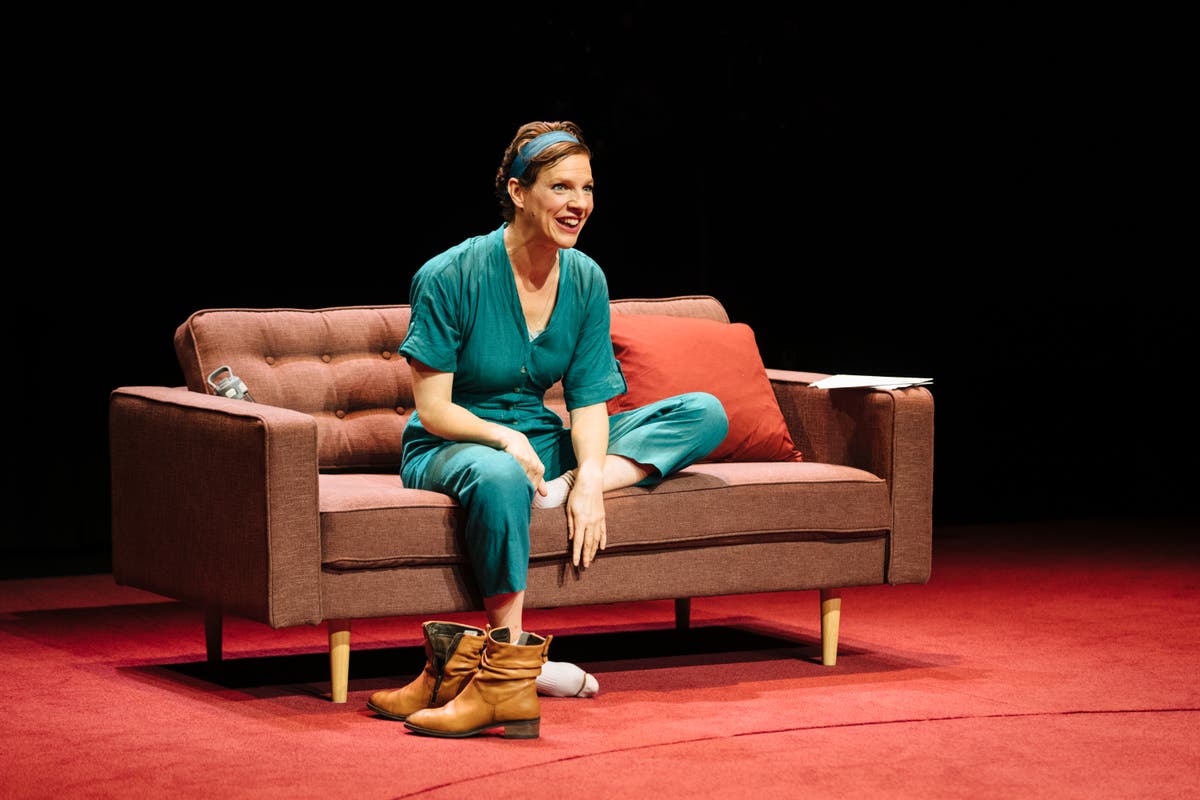 Review at a glance

omedian Francesca Martinez’s debut play, in which she also stars, is an illuminating, rage-filled, sporadically witty portrait of life for disabled people under Tory policies of austerity and so-called welfare reform. But mostly it’s a blunt instrument with which she batters institutional and societal callousness.

Fair enough: the humiliation of constant PIP and ETA reassessments, and the resulting privations she describes, don’t lend themselves to subtlety. Martinez has cerebral palsy (though prefers to describe herself as “wobbly”) and here she and other actors with disabilities powerfully communicate what it’s like to be unable to feed, dress or wipe yourself without help. Or to go to work, get high or get laid at will.

Still, director Ian Rickson and the National’s literary department could have done more to finesse the play’s schematic plotting, its often-maudlin dialogue, and its three-hour length. And the way it presents Martinez’s saintly, wobbly Jess and Francesca Mills’s incandescent, charismatic Poppy – a wheelchair user with restricted growth and chronic pain – as polar opposites bashing out issues in increasingly rancorous exchanges.

Jess would rather act as an emotional sponge for her pregnant, lesbian flatmate Lottie (Crystal Condie) than ask her for her help. She’s charming, reasonable, archly funny. A psychologist, she shows endless compassion to Aidan (Bryan Dick), an aggressive, alcoholic “poor little rich boy” whose dad turns out to be the minister running the department that takes away Jess’s Motability car and Poppy’s night care (meaning she has to go to bed at 9pm, in a nappy). This isn’t much of a spoiler: the plot is heavily signposted.

Mills’s vivid Poppy is Jess’s opposite: an exuberant hedonist, skimming around in her motorized chair and wrestling with a Tinder hookup on the floor. Furious at the regime she voted for, she’s also the receptacle for Martinez’s unedited thoughts. The core of the play is alternately entertaining and hard-hitting, but there are an awful lot of extraneous asides about wokeness, immigration, sex work and fossil fuel subsidies.

The female relationships are well observed, but Aidan is a terrible collection of clichés and the Tory characters are even more cartoonishly wicked than the current leadership candidates. The second-act public meeting, in which we are enlisted as onlookers while activists and gammons shout slogans and statistics at each other, is unedifying. Martinez’s message, that all of us are hurt but all of us can be redeemed by love, empathy and compassion, sounds banal, even before riot cops start tipping protesters out of wheelchairs.

This remains a compelling piece of work, in which a huge and theatrically under-represented sector of the British population – 14.6 million people according to Scope – takes center stage. It has many laugh-out-loud lines. Martinez has written herself an excessively sympathetic lead role, and delivers some of the script’s best gags with due aplomb, but there is also something honest and exposing in the way she presents “wobbliness”, and a wide spread of the disabled experience, on stage . But to deny that this show could have been much, much better would be deeply patronising.