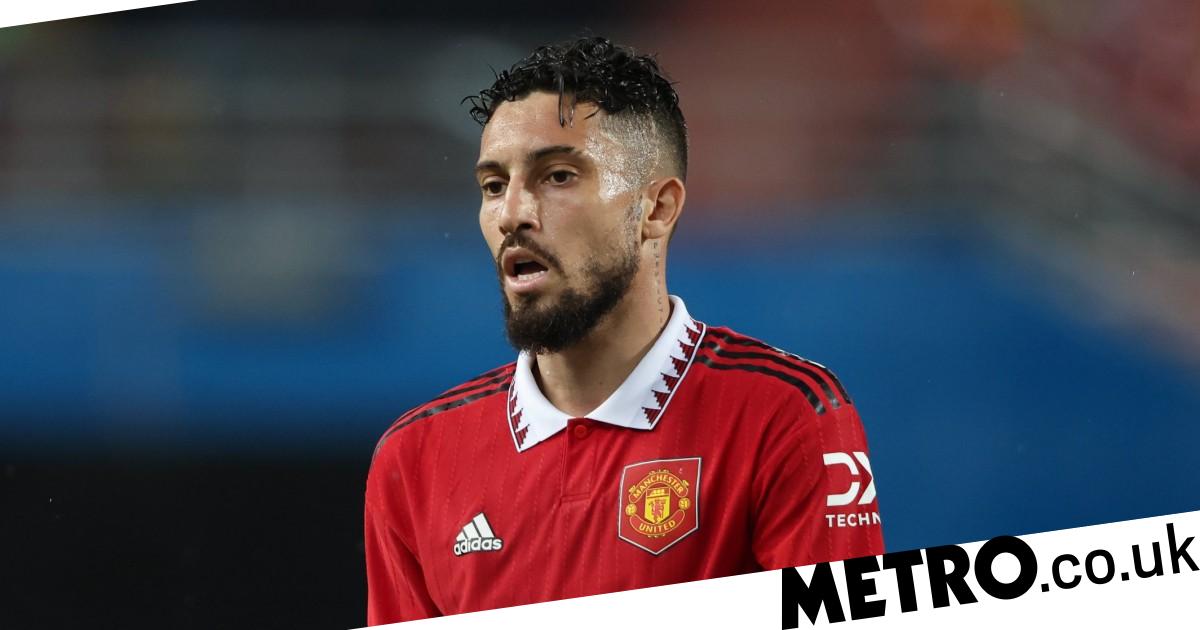 Manchester United left-back Alex Telles is on the verge of joining Sevilla on loan, according to reports in Brazil.

The 29-year-old joined United in a £15.4 million deal from Porto in 2020 but has been unable to secure a regular starting role in the team ahead of Luke Shaw.

Telles started just one of United’s six pre-season fixtures this summer – the final game at home to Rayo Vallecano on Sunday – which suggested that he is not at the forefront of Ten Hag’s plans.

And now TNT Sports report that Sevilla are closing in on a loan deal for the Brazilian defender.

The report claims that Telles is due to undergo a medical with the Spanish club, while the final details of the loan agreement are being settled with United.

Telles is not the only United player who is likely to depart before the end of the window as Eric Bailly has attracted interest from several clubs including Sevilla, Fulham and Roma.

Elsewhere, United are refusing to walk away from a deal to sign Frenkie de Jong from Barcelona.

The Spanish club are still looking to sell the midfielder before the end of the window, but the Netherlands international wants to remain at Camp Nou.

For more stories like this, check our sports page.