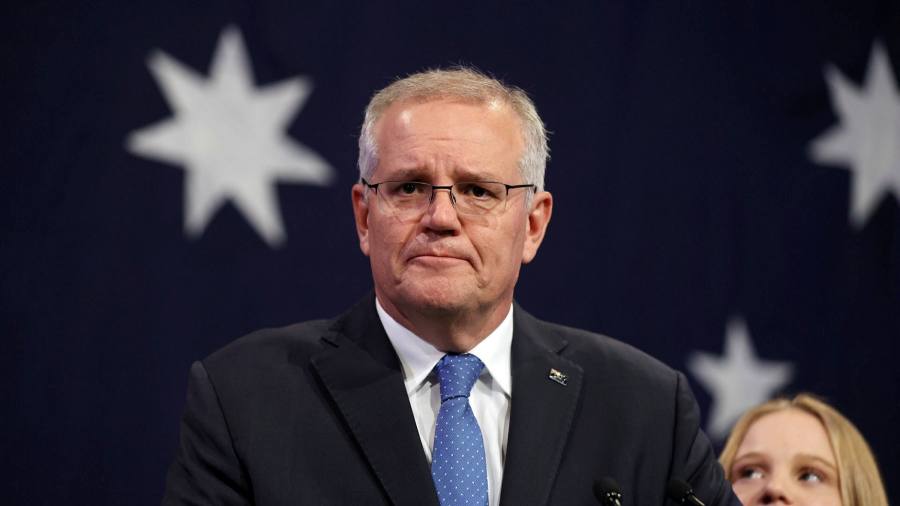 But unexpected wins from the environmentalist Greens and a number of climate-focused independent candidates meant it was not immediately clear whether Labor would be able to form a government in its own right.

Albanese, a veteran Labor politician, had secured at least 71 of the 76 seats needed to form a majority government by 10pm on Saturday Sydney time.

But the success of Greens and progressive independents, more aligned to Labor’s policies than the Liberal-National coalition’s, means Labor has a clear path to minority government if it fails to reach the 76 seat majority.

The biggest shock of the night was Liberal treasurer and deputy Liberal leader Josh Frydenberg’s loss in the traditionally ultra-safe seat of Kooyong in Melbourne. Frydenberg had been talked about as a likely future leader of the party and a potential prime minister.

The pro-business, pro-climate teal candidates, so-called for the color of their branding somewhere between conservative blue and environmentalist green, now hold traditional moderate Liberal seats in some of the wealthiest electorates in Sydney and Melbourne.

Labor had their best result in Western Australia, where they picked up several seats from the Liberals.

The change in government will come at a critical time for Australia which is entering a period of economic uncertainty and rising geopolitical tension as China increases its influence in the Pacific.

Morrison, whose Coalition has been in government for a decade, was seeking to become the first prime minister to win a second term since John Howard but trailed his rival in the polls right up to election day.

He confronted his unpopularity with voters, promising to change his “bulldozer” style, and launched a last ditch housing policy aimed at wooing younger voters but it did not prove enough.