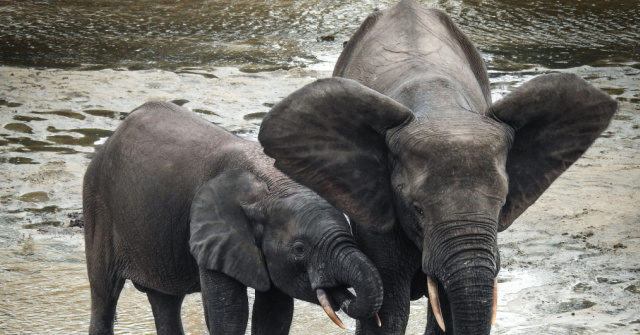 The World Wide Fund for Nature (WWF) Germany warns that more than a million species could become extinct within the next ten years in the largest mass extinction since the dinosaurs.

By publishing its “Winners and Losers of 2021” this week, an annual report that includes a listing of animals whose existence is threatened, WWF Germany claims that African forest elephants and thousands of other species could be wiped off the planet during few years.

Along with African forest elephants, the WWF claims that the situation for “polar bears, tree frogs, cranes and fish species such as sturgeon and cod is getting worse and worse.”

In addition, “one third of all shark and rock species have been endangered since 2021,” the report said. “Overfishing is the main cause of the decline in stocks, but habitat loss and the climate crisis are also responsible for the precarious situation.”

Without sparing on exaggeration, the WWF report warns of a “catastrophic escalation of the global extinction of species” that could wipe out one million species within the next decade.

The upcoming animal apocalypse may represent the “largest extinction of species since the end of the dinosaur era,” the WWF declares.

This is bad news not only for the animal world but also for humans, warns the organization.

“If the earth is sick, so will humans,” says Eberhard Brandes, CEO of WWF Germany, “because we depend on vital ecosystems and biodiversity for our own safe and healthy lives.”

“Conservation of species is no longer just about defeating an environmental problem, but rather about the question of whether humanity will ultimately end up on the red list in an endangered category – and thus become a victim of its own lifestyle,” Brandes said. .

In its report, WWF refers to the “red list” compiled by the International Union for Conservation of Nature (IUCN), which claims that 40,000 animal species are “threatened with extinction.” It is unclear how WWF extrapolates the figure of one million impending new extinctions from this data.

The International Union for Conservation of Nature claims that its red list of endangered species “has evolved to become the world’s most comprehensive source of information on the global conservation status of animal, fungal and plant species.”