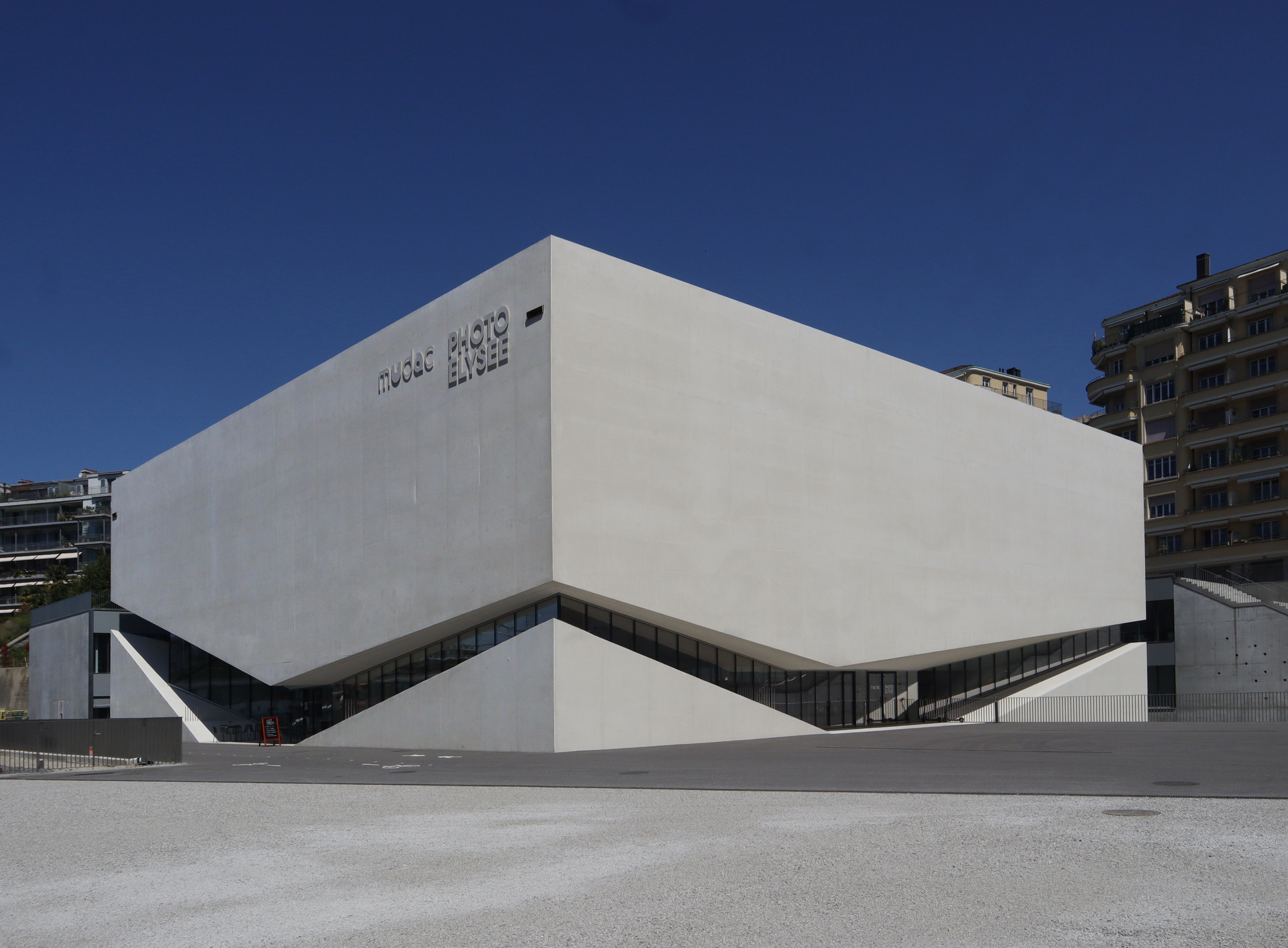 Following five years of construction, Portuguese architecture firm Aires Mateus has completed its awaited mudac: museum of Contemporary Design and Applied Arts in Lausanne, Switzerland. The sculptural building is part of a new cultural district and urban regeneration plan promoted by the Canton of Vaud, the City of Lausanne, and the CFF (Swiss Federal Railways), which features three art museums that translate the memory of the site, echoing its former industrial status with prismatic geometric forms, concrete surfaces, and sharp lines.

During his latest esplanade in Switzerland, architectural photographer Paul Clemence captured the newly inaugurated museum, highlighting its unique concrete geometry, play of shadow and light, and how the architecture complements its surroundings.

In an unprecedented concept in Switzerland, the new district is designed to transform the Swiss city into a dynamic center of cultural innovation. The designs of both the interior and exterior spaces were heavily defined by how light travels through the architecture. From the outside, the facade appears as two geometric concrete units, joined by a glass strip or ribbon of light. From the inside, this glass strip, along with strategically-placed skylights give visitors the illusion as though they are still outside.

The project makes use of the overlooked spaces alongside the railway platforms, transforming them into new venues for the city’s museum institutions. Dubbed ‘One Museum, Two Museums’, Aires Mateus’ design brings together two unique museums and their programs in one single building. The design team describes the projects as a “box” for photography and a “box” for design, united by a common gathering space that is an extension of the public space of the railway’s Platform 10.

Placed around a large public space, the new geometric building features two museums: the Museum of Design and Contemporary Applied Arts (MUDAC) on the first floor, whose functions need an abundance of light, and the photography-dedicated Musée de l’Elysée, in which light has to be under strict control. The space in between both museums contains the public and private facilities as a natural extension of the public esplanade.