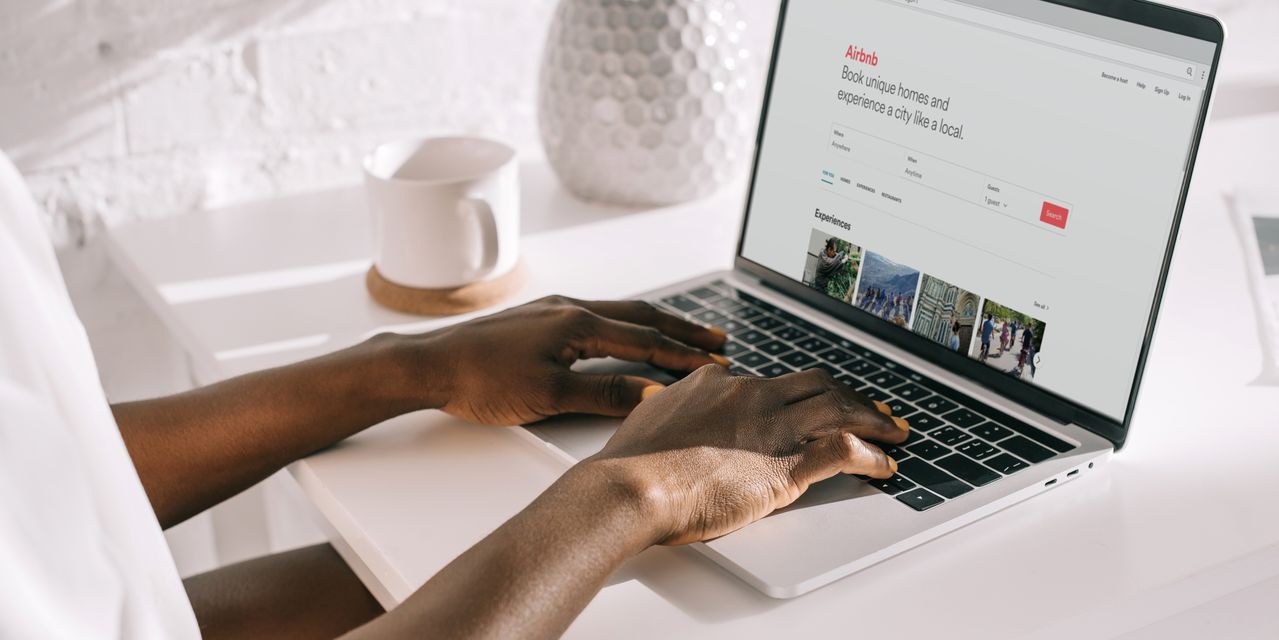 shares are trading sharply lower in late trading Tuesday after the short-term real-estate rental service posted second-quarter results about in line with the company’s guidance, but apparently not quite as good as investors had hoped.

Airbnb also said its board has authorized the repurchase of up to $2 billion of its common stock.

The company laid out a generally upbeat view of the near-term outlook. Airbnb said that it has “seen the growth in nights booked compared to last year reaccelerate from June to July as we enter peak travel season.”

Airbnb said it is “in the midst of our strongest peak travel season yet,” noting that July 4 was the company’s single highest revenue day ever.

Airbnb said it expects “modest acceleration” in gross booking value growth in the third quarter. The company sees Q3 revenue of between $2.78 billion and $2.88 billion, just above the Street consensus forecast at $2.77 billion, projecting the strongest quarter yet for adjusted Ebitda. Airbnb added that it expects adjusted Ebitda margin to be “at or slightly below last year’s all-time high margin of 49% primarily due to the timing of expenses.”