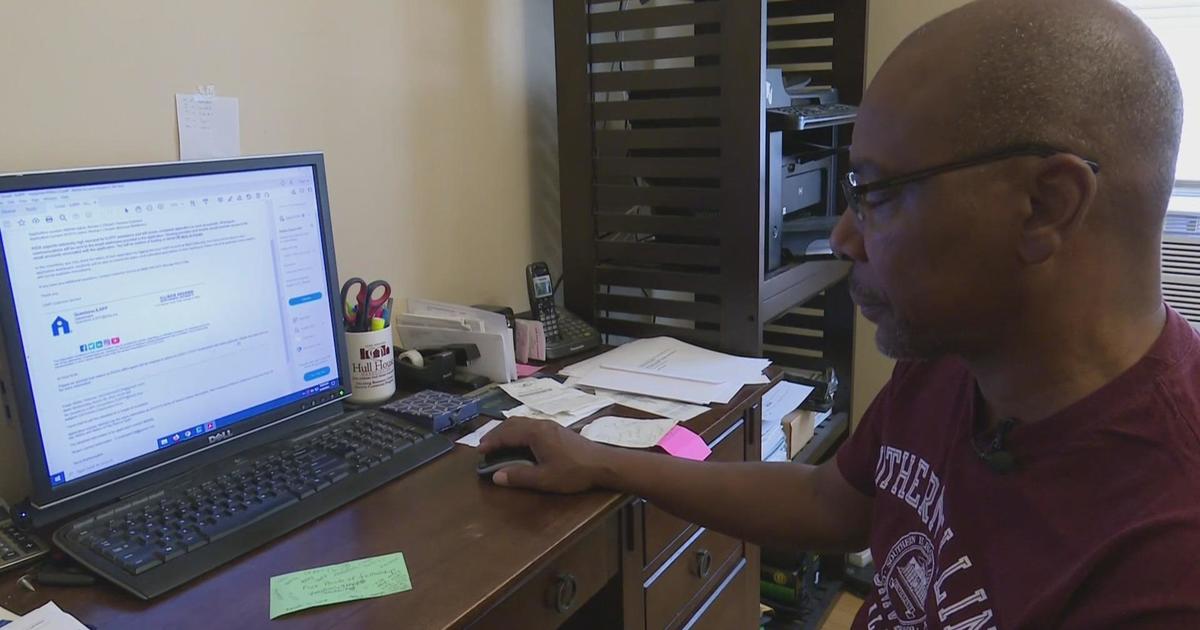 CHICAGO (CBS) – Rental income was part of a Chicago man’s retirement plan, but that hit a snag when his renters lost their jobs during the pandemic.

The landlord and his tenants turned to a state rental assistance program for help – but have been waiting on a decision since before Christmas. CBS 2’s Lauren Victory got answers about why the process is taking the State of Illinois months to complete.

Every day, retiree Willie Chatman is at his computer checking on rental assistance money from the Illinois Housing Development Authority, or IDHA.

“I was seriously considering, ‘Hey, I might have to start considering working for another two or three years to dig myself out of this hole,'” Chatman said, referring to the $ 16,000 hole from the upstairs tenant and another $ 10,000 in unpaid rent by the woman downstairs. “I still have to pay the mortgage and the taxes and the water.”

So Chatman used money in reserves that he normally would have used for repairs to pay the bills coming in. Some tasks like painting the walls or replacing an old door had to be put on hold. He made a patchwork of lifestyle changes, too.

Rental assistance could ease Chatman’s burdens, but when he contacted CBS 2 in June, he’d just about enough – waiting on a decision from his December application.

Correspondence from IDHA told him expect a 90-day wait or longer. He was hoping that was an exaggeration.

“Knowing, not knowing. Is it going to go? Is it not going to go?” said Chatman, describing what it’s been like to be in limbo.

He had started the eviction process but tabled it before learning and applying for rental assistance.

So why did it take six whole months to get to this point? CBS 2 has had multiple viewers reach out to complain about the lengthy process.

We asked, and IDHA agreed to do an interview to explain.

“I understand the frustration. I do not want to not acknowledge that,” said Rodrigo Carillo, director of IDHA’s Strategic Response Unit.

The SRU team manages all the COVID relief money that goes out IDHAs door for both rental and mortgage relief.

The applications first needed to be sorted to give priority to lower income households per federal guidelines. It was not a first-come, first-serve process, he said.

What also took time was monitoring for any double-dipping in other rental assistance programs.

He added that quality control also caused some delays for about 5 percent of applications – randomly selected.

“We did the best that we could,” said Carrillo.

Chatman’s approval came just days after CBS 2 reached out to IDHA about his case. It turns out he was missing some documentation that he quickly sent over.

While it’s unclear why that was not communicated to him sooner, Chatman can breathe a little easier.

“A big weight was lifted,” he said when he heard about the approval.

The IDHA team already issued more than 24,000 approvals and handed out over $ 178 million for this round of rental assistance, so far. We’re told they’re currently wrapping up applications submitted by tenants, without their landlords.

Lauren Victory is a Morning Insider reporter for CBS2 Chicago. Lauren joined the station in May 2016 and is a graduate of the Medill School of Journalism at Northwestern University.