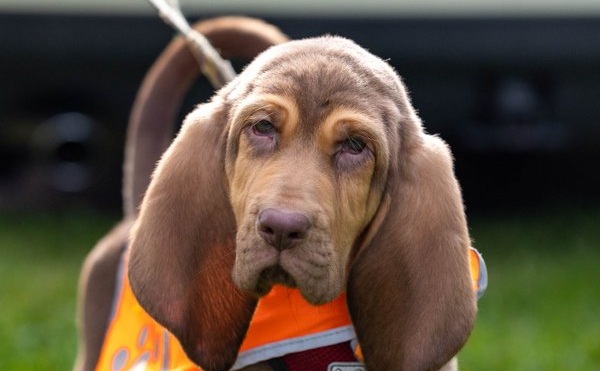 In a tweet Tuesday, the department introduced the world to Albert, an 11-week-old bloodhound puppy. Albert is the first bloodhound in the department’s history, a breed noted in a tweet by agency officials for “its persistence in finding missing people.”

He is named in memory of the late Sgt. Don Albert Parker, the department said. Parker worked for the agency for 25 years and served nine years as unit manager for its Search and Rescue Detail. He died in 2018 of brain cancer.

“Always on guard, (Parker) led 100s of searches, including after Chelsea King and Amber Dubois,” the department said.

His namesake, who officials say he often steps on his set of floppy ears while playing, will undergo nine months of training before being certified.

Until then, officials seem to be enjoying his “sweetness and curiosity. “