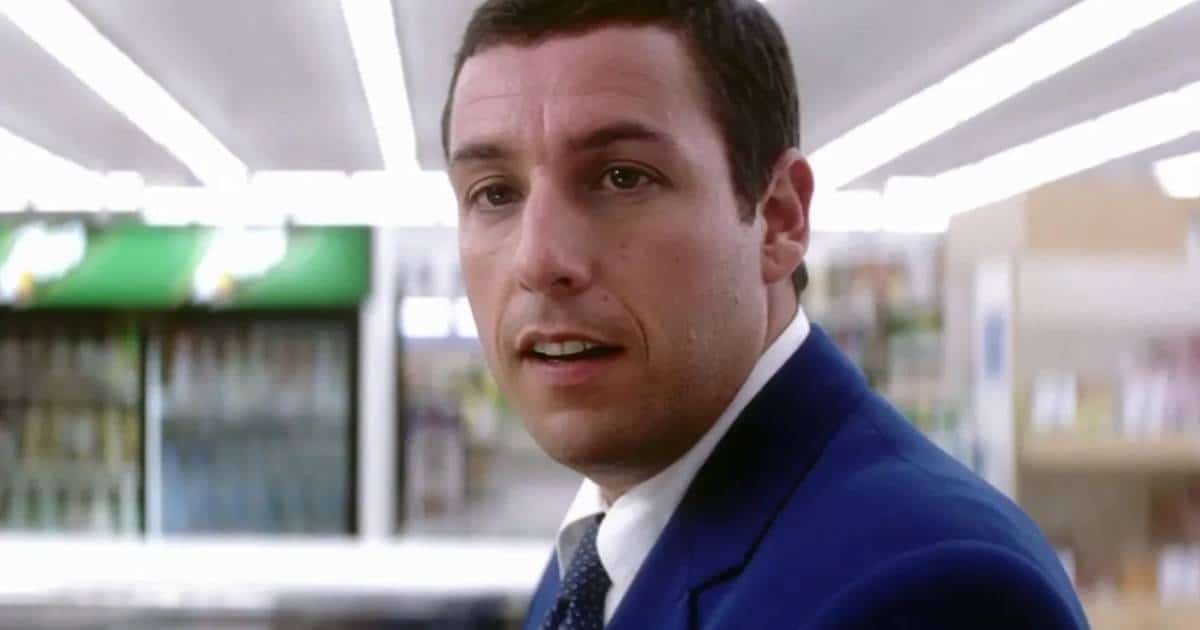 In a recent interview on the Happy Sad Confused podcast, Todd Field expressed his respect for Adam Sandler, particularly his Golden Globe-nominated performance as Barry Egan. “The first film of Adam’s I ever saw was Paul Thomas Anderson’s Punch Drunk Love…It floored me. It really is one of the great screen performances–for me–of all time.” Field added, “He has an incredible range; there’s no one like him.”

Todd Field went on to cite some of the major filmmakers that Adam Sandler has collaborated with, including James L. Brooks (2004’s Spanglish), Noah Baumbach (2017’s The Meyerowitz Stories) and the Safdie Brothers (2019’s Uncut Gems–which should have nabbed him an Oscar nod but didn’t and so we got Hubie Halloween). Todd Field isn’t the only big-name director who admires Adam Sandler. Quentin Tarantino has said that he originally wrote the Bear Jew character in Inglourious Basterds for Sandler (it eventually went to Eli Roth). And it’s not just big-name directors, either, that have respect for the Sandman. As it turns out, Sandler and three-time Academy Award winner Daniel Day-Lewis are actually texting buddies–which is a lot to take in.

Field also said, “I hope we end up working together, I really do.” Josh Horowitz, host of the podcast, jokingly (we hope) asked Todd Field if perhaps that project could be a sequel to Billy Madison, to which Field replied, “I don’t know.I mean, maybe it could be like that…We’ve been talking about some things, it’s too early.” Maybe it could be called Big Children?

Despite being an easy punchline for so many years, Adam Sandler has become a bit of a hot commodity in the industry. Earlier this year, he earned a lifetime achievement award at the Gotham Independent Film Awards. In his speech, he acknowledged his reputation, saying, “People in prison need movies too, and TBS needs content to show between all them f*cking basketball games.”

What do you think is the best Adam Sandler performance? Let us know your pick in the comments section below!

Prince Harry: “I was probably bigoted before the relationship with Meghan” | 60 Minutes