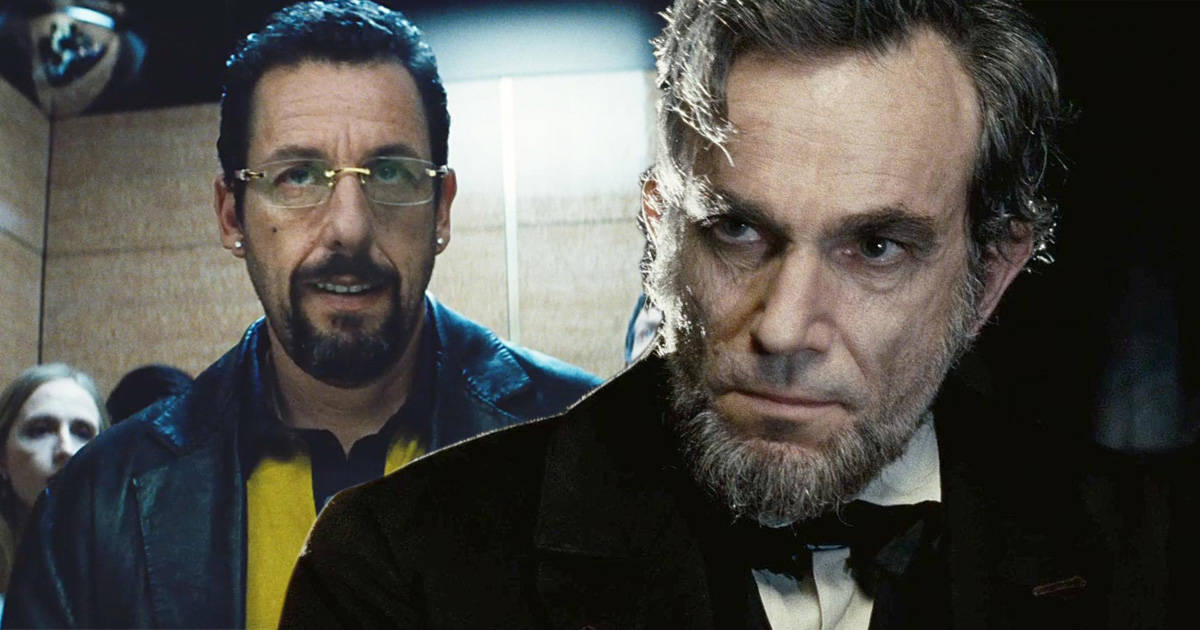 Quick–name the two least likely actor friends in Hollywood. If you’re like 100% of the population, you said Adam Sandler and Daniel Day-Lewis. But as it turns out, not only are Sandler and Day-Lewis chums, they also text.

On a recent episode of the “Happy Sad Confused” podcast with Josh Horowitz, Adam Sandler revealed that, yes, Billy Madison and Bill the Butcher send each other messages. “He’s the best, he’s just great…It doesn’t happen a lot but—he texted me some funny shit today. He really is hysterical.” The text in question was related to Sandler’s speech at the Gotham Independent Film Awards. As to the exact content of the text, Sandler was cagey, so we can only assume it’s what the kids would call a “dank meme”…

On the podcast, Sandler said, “It’s exciting, every time I talk to him, I love him so much…Even when he’s just eating, he makes food feel succulent…He chews cool…”

One would figure the three-time Oscar winner and the 10-time Nickelodeon Kids’ Choice Award recipient wouldn’t seem to have a lot in common—although it does make one think, What if Daniel Day-Lewis had been cast over Adam Sandler in some of his biggest movies? Would the method actor go back to actually complete all twelve grade levels? Would he master the game of golf and win a pro tournament? Would he be able to stomach Rob Schneider?

Interestingly, Adam Sandler played a shoemaker in 2014’s The Cobbler, while Daniel Day-Lewis took time off from acting in the ‘90s to make shoes just for the hell of it.

Daniel-Day Lewis retired after 2017’s Phantom Thread, which earned him his sixth Academy Award nomination for Best Actor. His admiration for Sandler evidently came after 2019’s Uncut Gems, which should have earned Sandler his first Oscar nod.

Update your Marketplace application with any changes as soon as possible