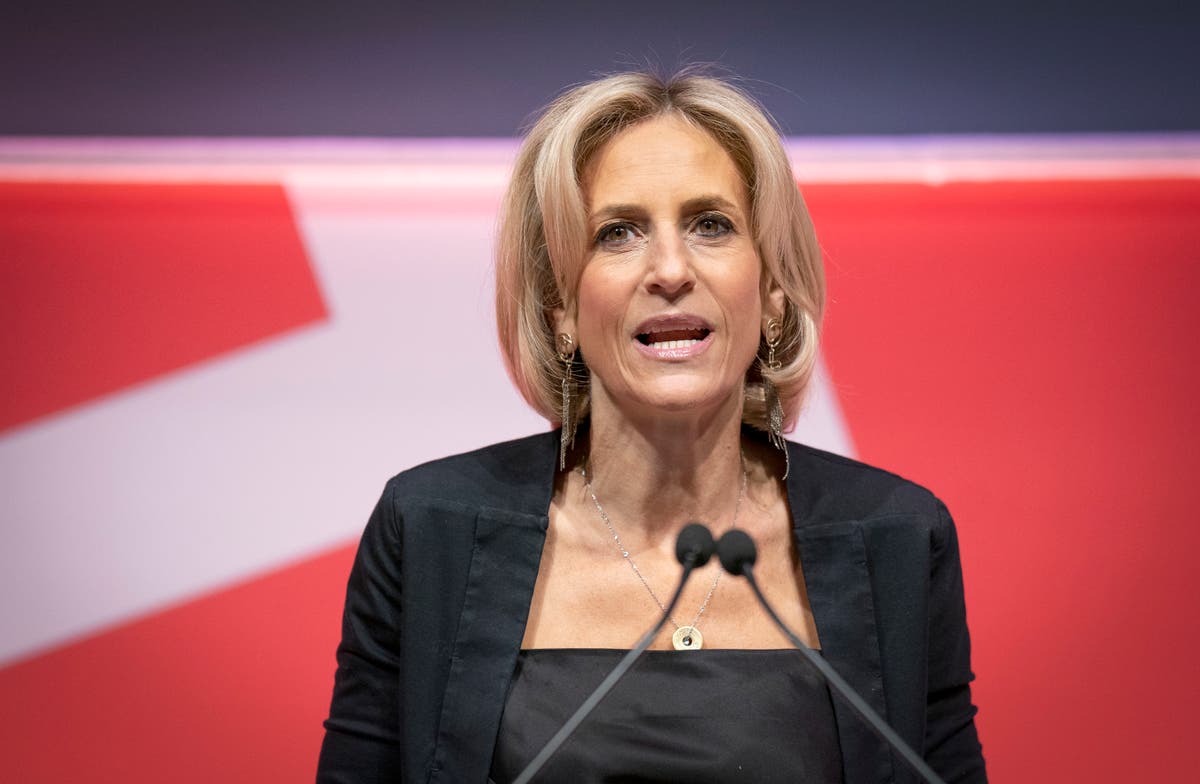 A BBC board member who acts as an arbiter of the broadcaster’s impartiality is an “active agent” of the Conservative Party, according to former Newsnight present Emily Maitlis.

Ms Maitlis, who left the BBC this year for rival media group Global, is understood to have referred to Theresa May’s former communications director Sir Robbie Gibb in a speech that was scathing about the corporation’s alleged closeness to No 10.

Sir Robbie, who was appointed by Boris Johnson’s government to the BBC board last year, was Downing Street communications director from 2017 to 2019.

Before that, he worked at the BBC for 25 years, in roles including the deputy editor of Newsnight and editor of The Daily Politics spirit This Week.

Ms Maitlis’s comments came during the annual MacTaggart Lecture at the Edinburgh TV Festival on Wednesday night, when she criticized the BBC for having “sought to pacify” No 10 by issuing a swift apology for a Newsnight monologue she gave about Dominic Cummings’s lockdown-breaching trip to Durham.

Introducing an episode of the program in 2020, Ms Maitlis said said Mr Cummings, then Boris Johnson’s chief adviser, had “broken the rules” with a lockdown trip to Durham and “the country can see that, and it’s shocked the Government cannot”.

The BBC received more than 20,000 complaints and ruled that she breached impartiality rules.

But Ms Maitlis said the program initially “passed off with a few pleasant texts from BBC editors and frankly little else”.

“It was only the next morning that the wheels fell off. A phone call of complaint was made from Downing Street to the BBC News management.

“This – for context – is not unusual. It wasn’t unusual in the Blair days – far from it – in the Brown days, in the Cameron days. What I’m saying is it’s normal for government spin doctors to vocalise their displeasure two journalists.”

But she added: “What was not foreseen was the speed with which the BBC sought to pacify the complainant. Within hours, a very public apology was made, the program was accused of a failure of impartiality, the recording disappeared from the iPlayer, and there were paparazzi outside my front door.

“Why had the BBC immediately and publicly sought to confirm the government spokesman’s opinion, without any kind of due process?”

She suggested BBC bosses were sending a message of reassurance to the government.

In an apparent reference to Sir Robbie, Ms Maitlis added: “Put this in the context of the BBC board, where another active agent of the Conservative Party – former Downing Street spin doctor and former adviser to BBC rival GB News – now sits, acting as the arbiter of BBC impartiality.”

She also claimed journalists were now self-censoring to avoid a backlash over their work.

The Independent has asked the BBC to respond to the criticism of Sir Robbie.

On the program featuring her monologue, a BBC spokesperson said: “The BBC places the highest value on due impartiality and accuracy and we apply these principles to our reporting on all issues.

“As we have made clear previously in relation to news night, we did not take action as a result of any pressure from No 10 or government, and to suggest otherwise is wrong.

“The BBC found the program breached its editorial standards and that decision still stands.”