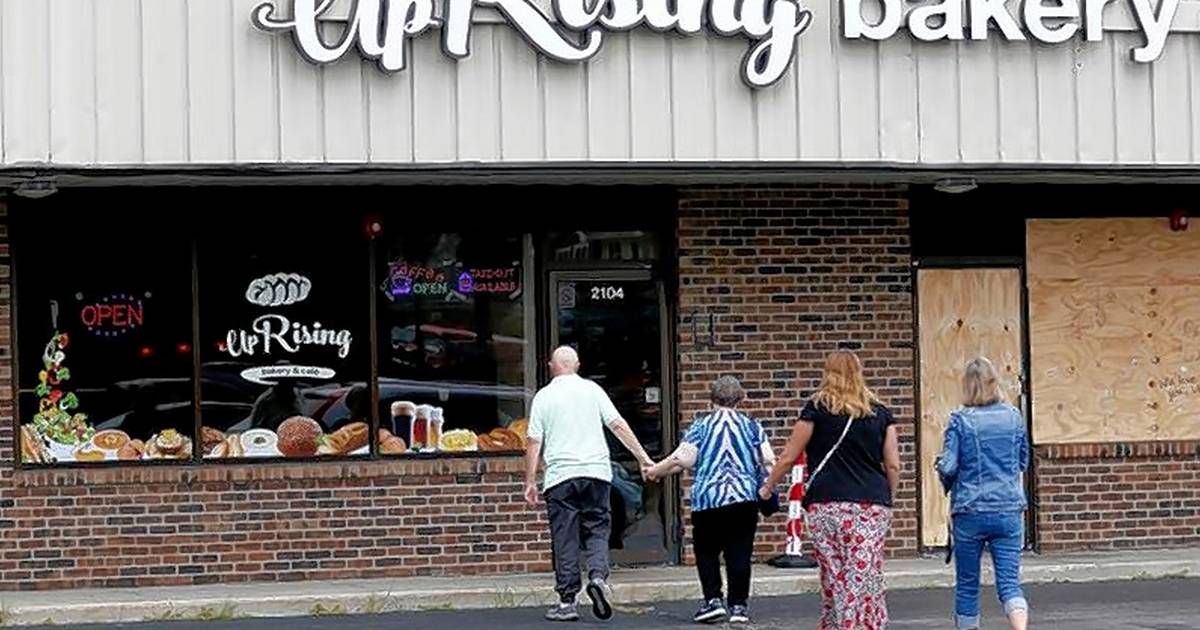 Lawyers with the American Civil Liberties Union are calling Lake in the Hills’ actions toward UpRising Bakery and Cafe unconstitutional after the village told the business last week it could no longer host events.

In a letter responding to the ACLU on Monday, village attorney Bradford Stewart, keeping with previous statements from the village, said the reason for the village’s actions are due to the zoning code. Specifically, the village contends UpRising is located in a zone that does not allow for “entertainment events.”

The exchange between the village and the business comes just a week after UpRising planned to host a family drag show, which was a ticketed event. The show in the weeks leading up to it drew much criticism, with harassment and threats being directed towards UpRising owner Corinna Bendel Sac.

The night before the show, the shop was vandalized, which led to the show being cancelled. A week later, the village told the business it could no longer host entertainment events due to zoning issues.

Despite this, the village maintained heavy police presence around the building before and after the vandalism, and had planned for police to monitor potential protests planned to take place during the drag show.

In response to the vandalism, the business received an outpouring of support from the community.

In a letter Saturday to the village, attorney Rebecca Glenberg with the ACLU asked the village not to take “enforcement actions” against UpRising for hosting a number of different events. It added that while the village seemed supportive of the business at first, it’s now “chosen instead to give the person who attacked and vandalized UpRising exactly what he apparently wanted.”

The village on its end has told Bendel Sac that fines and revocation of business licenses could happen if she hosts any more events, the ACLU letter reads. Bendel Sac, in previous social media posts, has said her bakery regularly has hosted events, calling the village’s actions a “conspiracy” to stop her business.

In the village’s Monday letter, officials reiterated the business is not able to host such events due to the zone that it’s in and that the village isn’t concerned with the contents of the event being hosted. Rather, it’s all events that are multi-hour and require paid admission.

However, the village never asked for other events, such as a writing workshop, to be cancelled, according to the letter. Following the disagreement, UpRising canceled a slate of ticketed and non-ticketed events.

“It is a bakery and cafe, not an entertainment hall,” the letter read. “The landlord (of the building) also made clear that the lease agreement did not contemplate any type of entertainment as a permitted activity in the space.”

In previous releases, the village has noted complaints received from neighboring businesses in the Cedar Ridge Plaza strip center, where UpRising is located. Those complaints are tied to disruptions to business and parking issues. The village in Monday’s letter also noted the center is near a residential area.

Further action could be coming from the ACLU, according to its letter from Saturday. It asks the village to preserve all records in light of possible litigation. It also alleged that Bendel Sac is still receiving hate mail and threats.

In a separate statement Monday, officials defended the village’s actions, saying it has “demonstrated unwavering support to UpRising.”

“It is disheartening that our actions are now being portrayed in a different light,” the statement read. “The village learned that the business model for the bakery and cafe has fundamentally changed, requiring the village to address zoning concerns.”