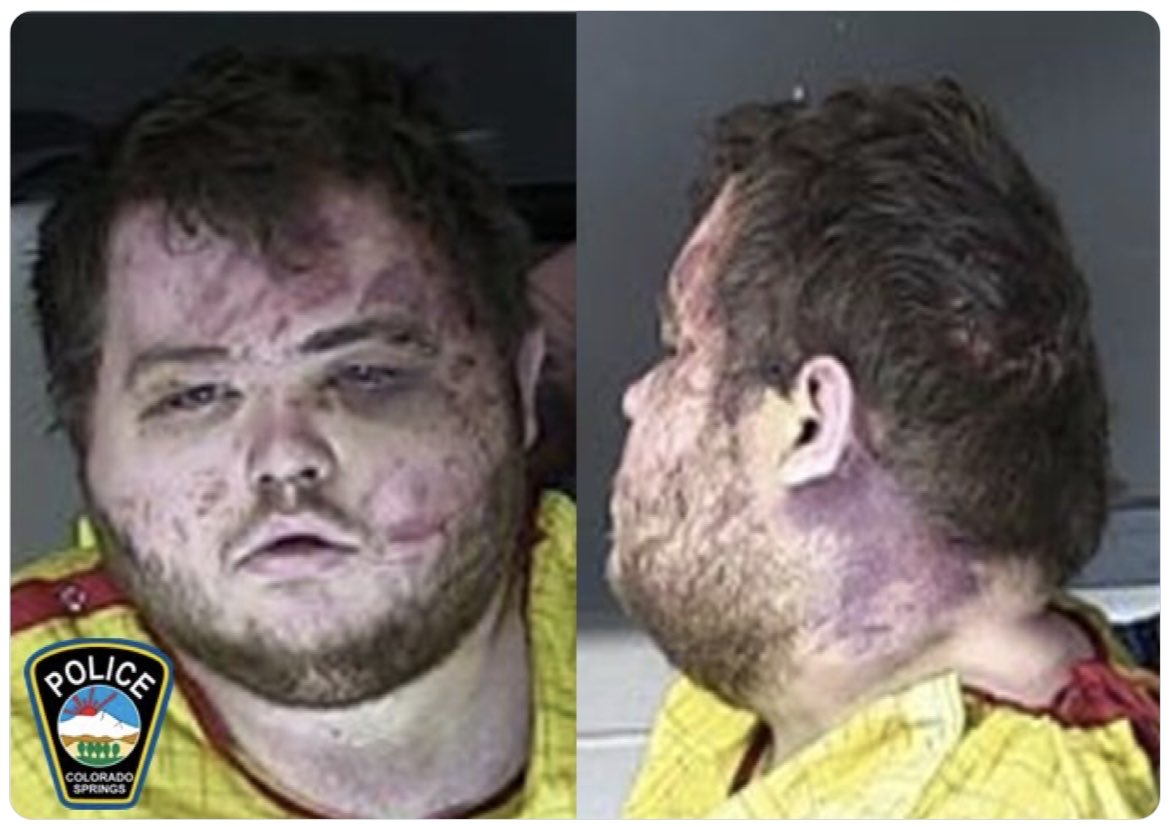 The accused suspect in the Club Q mass shooting has been hit with a staggering 305 charges after allegedly killing five people and injuring 25 more and the Colorado Springs gay club last month, according to the New York Post.

On Tuesday morning, Anderson Lee Aldrich appeared in court for the first time since being arrested, where their mugshot showed a bruised-up face after heroic bar patrons stepped in to subdue him, as previously reported by The Shade Room.

Aldrich, who identifies as non-binary, sat alongside their public defender as prosecutors presented their case.

They were charged with of five counts of first-degree murder alongside hundreds of first- and second-degree assault charges and “many counts of bias-motivated crimes.”

The 22-year-old reportedly opened fire inside Club Q on Nov. 19 and continued to shoot for six minutes before be tackled by patrons.

Bartenders Daniel Davis Aston, 28, and Derrick Rump were among the five people killed.

“I thought it was the music, so I kept dancing,” survivor Joshua Thurman told reporters of the horrifying scene. “Then I heard another set of shots and then me and a customer ran to the dressing room, got on the ground, locked the doors and called the police immediately.

He added: “There were bodies on the ground, blood, broken glass, broken cups and outside it was worse.”

Colorado Springs Mayor John Suthers had told the AP that the deadly attack only ended after a patron grabbed a gun from the suspect before hitting him with it and pinning him down until authorities arrived.

Aldrich and their mother, Laura Voepel, were both well-known to local authorities prior to last month’s mass shooting.

Aldrich’s mother, 45, was charged with resisting arrest and disorderly conduct a day after the shooting.

Voepel was told by police “multiple times” to “stop yelling” at her home or she would be arrested, according to a summons obtained by KDVR.

She reportedly became combative and resisted arrest, the outlet reports.

In court Tuesday, the state’s counsel claimed the case against Aldrich was “voluminous” and added that prosecutors may amend their charges in the coming weeks.

Skin Removal After Weight Loss Surgery: What to Know