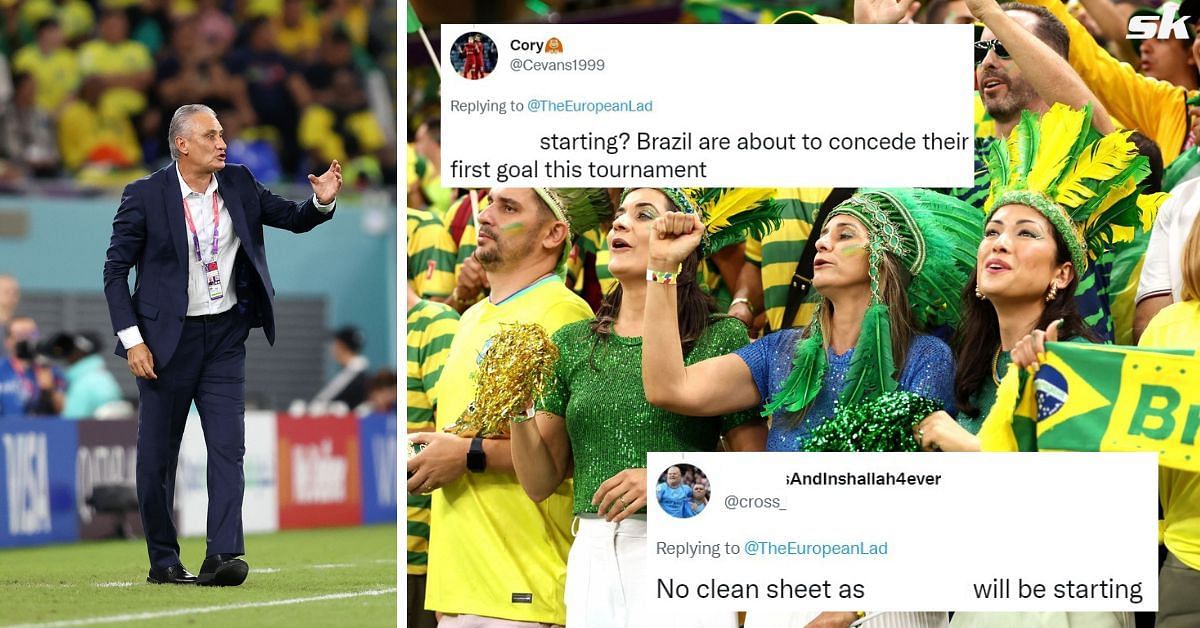 Football fans have expressed their concerns about Brazil opting to start Manchester City No. 1 Ederson for their final 2022 FIFA World Cup group-stage match.

The Selecao will take on Cameroon in their third Group G encounter in Qatar on Friday (December 2). Tite’s men won their opening game against Serbia 2-0 and then beat Switzerland 1-0 to secure their place in the last 16.

This allowed the South American giants to field a heavily altered XI for their final match before the knockouts. Tite made as many as nine changes to the team that faced Switzerland for the encounter against Cameroon.

Among those changes, Ederson’s inclusion at the expense of Liverpool’s Alisson Becker has drawn a particularly strong reaction from fans on Twitter. One of them tweeted:

“Ederson starting? Brazil are about to concede their first goal this tournament.”

@TheEuropeanLad Ederson starting? Brazil are about to concede their first goal this tournament

@TheEuropeanLad Ederson starting? Brazil are about to concede their first goal this tournament

“No clean sheet as ederson will be starting”

Here are some more reactions to the news:

Ederson in goal for Brazil

Ederson in goal for Brazil 😂😭

Brazil have gone full reserves, even Ederson and Martinelli are playing lol

Brazil have gone full reserves, even Ederson and Martinelli are playing lol

Ederson notably kept nine clean sheets in 18 matches across competitions for Manchester City prior to the 2022 FIFA World Cup. He has also won 18 caps for the Selecao, recording 11 clean sheets. The match against Cameroon will mark his World Cup debut.

The match on Friday will be the first meeting between Brazil and Cameroon in four years.

They last clashed in an international friendly in November 2018. The Selecao won 1-0 on that occasion, with Richarlison, who scored a brace in their first game of the 2022 FIFA World Cup against Serbia, netting the winner.

Prior to that, the two teams met twice in World Cups. Their first meeting was all the way back in the group stages of the 1994 edition, with the South American heavyweights winning 3-0. The Selecao notably lifted the famous trophy that year after defeating Italy on penalties in the final.

Their other meeting came at the 2014 FIFA World Cup, which was played in Brazil. The two teams were drawn in the same group on that occasion as well, with the hosts emerging 4-1 victors in that contest.

Neymar Jr., who will miss Friday’s game, scored a brace on that occasion. Former Olympique Lyonnais forward Fred and Manchester City legend Fernandinho also found the back of the net. Liverpool defender Joel Matip, who is set to start on Friday, scored for Cameroon.