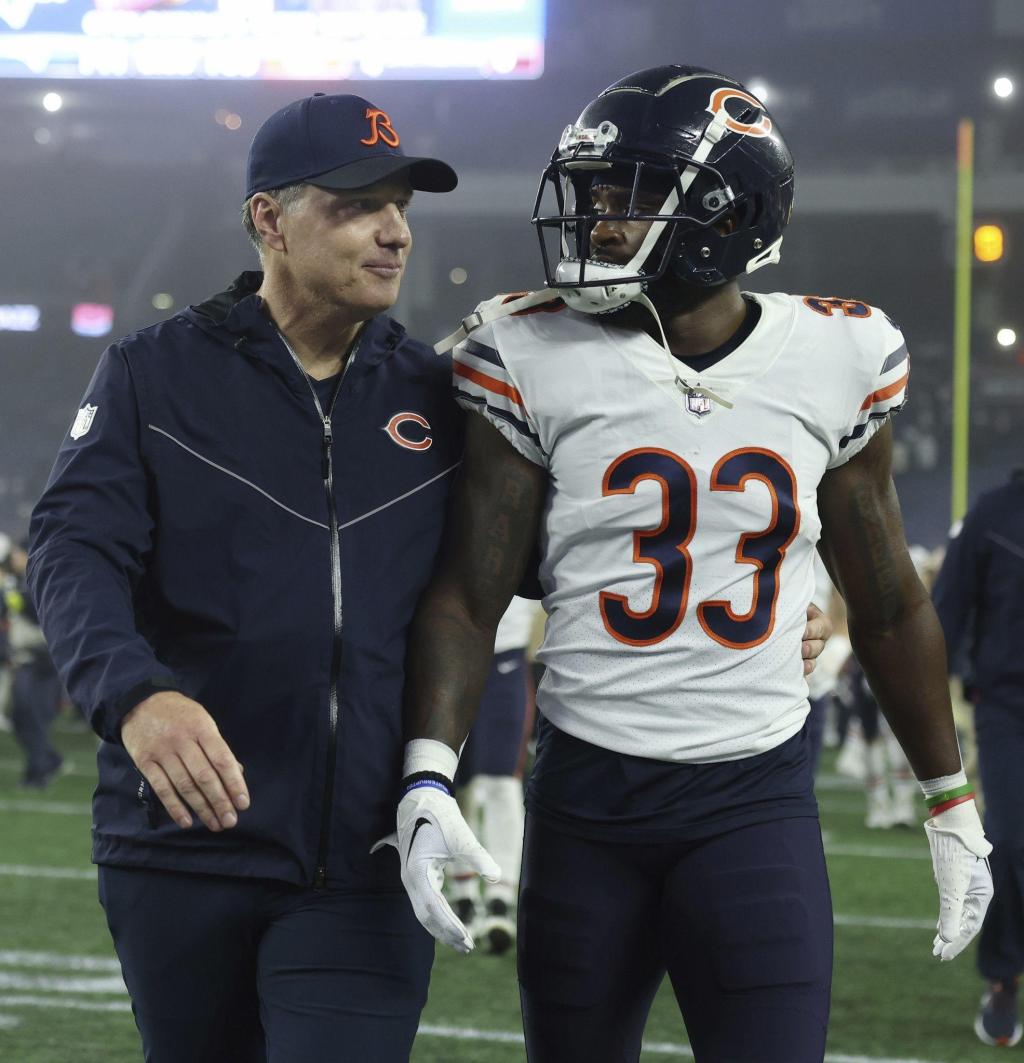 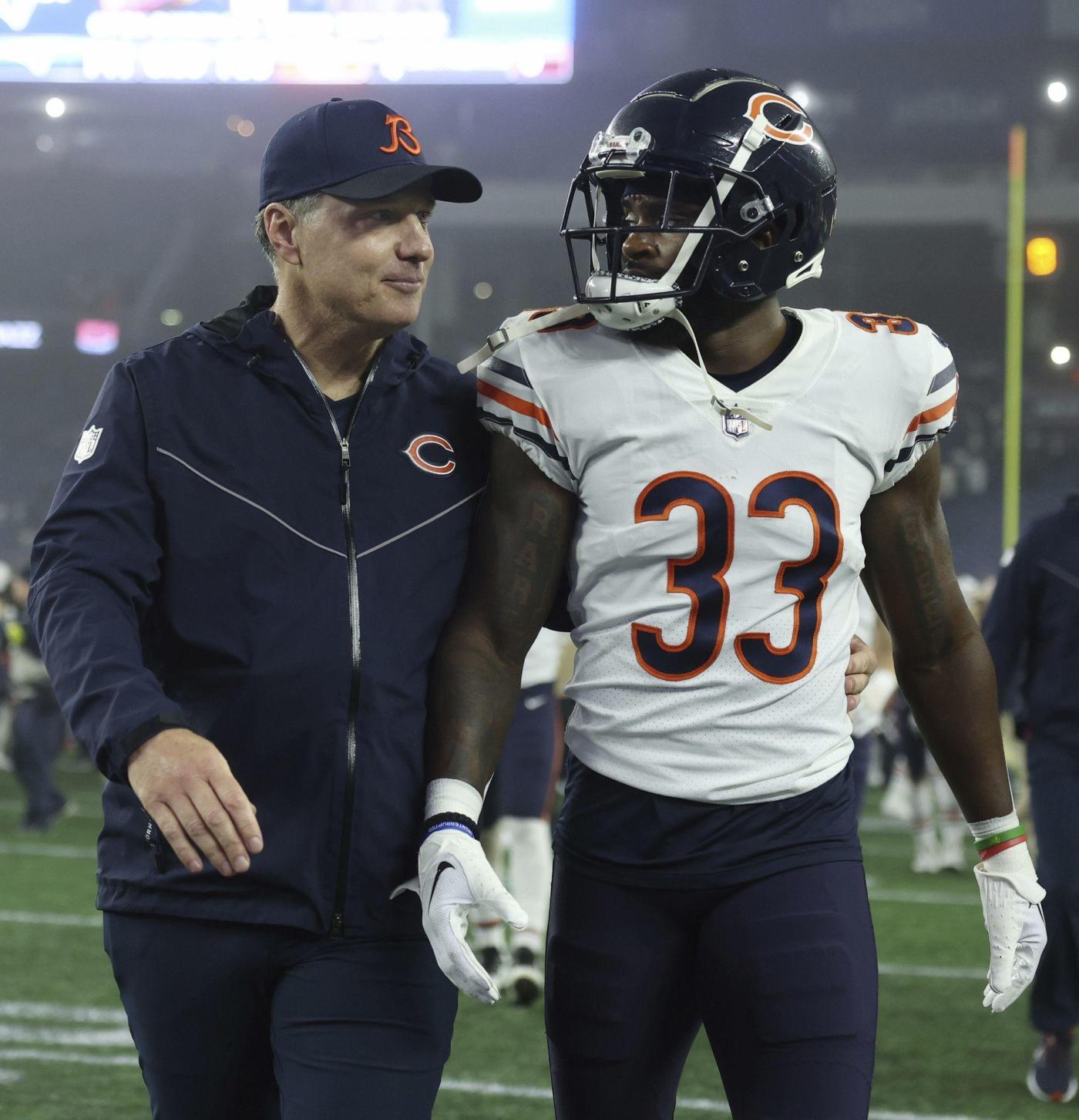 Chicago Bears cornerback Jaylon Johnson took a minute to consider the question: Does he believe he has had a Pro Bowl-level season in 2022?

As a starting cornerback with zero interceptions on a 3-10 team with a defense that ranks 31st in passing yards allowed per play, 20th in total yards and tied for 12th in takeaways, Johnson doesn’t have a momentum-surging campaign strong enough to solicit an invite to Las Vegas for the newfangled Pro Bowl week in February.

But the query wasn’t without merit. On Sunday, after the Green Bay Packers beat the Bears 28-19 at Soldier Field, Aaron Rodgers labeled Johnson “a premier player,” echoing praise he had given to the third-year cornerback in the week leading up to the game. That’s a significant and sincere endorsement from a four-time MVP who now has faced Johnson six times.

“I would just say it’s confirmation of what I believe in myself,” Johnson said. “(Having) somebody else being a believer in that, I feel like that’s not something gets thrown around lightly from him.”

Johnson believes he has earned Rodgers’ respect ever since he was a rookie, willingly attacking his battles in 2020 and 2021 against All-Pro receiver Davante Adams and playing with the kind of consistency and aggressiveness in coverage that has forced the Packers offense to adjust to him.

But what about the Pro Bowl? Does Johnson believe he delivered that kind of performance?

In three seasons, Johnson only has one interception, in Week 2 of last season when he stole a Joe Burrow pass to Tee Higginsin the fourth quarter of a 20-17 victory against the Cincinnati Bengals.

This season he has been credited with four passes defensed in 10 starts.

While opposing quarterbacks have been far more willing to challenge the Bears’ others cornerbacks, Johnson still must climb a staircase to elevate from solid to stud.

Of the Pro Bowl-caliber cornerbacks in the NFC, the Seattle Seahawks’ Tariq Woolen is tied for the NFL lead with six interceptions. The Packers’ Jaire Alexander has five. And Dallas Cowboys star Trevon Diggs, taken one pick after Johnson in the 2020 draft, remains one of the league’s most dangerous defensive backs, now up to 17 interceptions in three seasons.

Others who figure to merit consideration for a Pro Bowl invitation are the Philadelphia Eagles’ Darius Slay and James Bradberry, San Francisco’s 49ers’ Charvarius Ward and Minnesota’s Vikings’ Patrick Peterson.

Other than Alexander, all those players are on teams currently in the NFC playoff picture.

“If you have a top unit, then your name starts to get tossed in there more as an individual,” Eberflus said. “I believe that to be true — that you get more recognition when your unit plays really well.”

“Your peers validate you. Not the media. Not the outside people looking in. I feel like at the end of the day, (opponents) respect me coming into that game and they respect me leaving that game based on what I put on film and based on my abilities.”

Johnson is spending his bye week back home in Fresno, Calif., reconnecting with his 3-year-old daughter, Zaveah, and other relatives and mostly trying to get a rare dose of December decompression — and to unplug from the football grind.

“The way I look at it is I can’t lose on the bye week,” Johnson quipped Monday. “Just go 1-0 this week. So I’m happy about that. I’m happy about winning something — being able to go back home, being off, relaxing, just gaining an edge mentally. … And then when I’m back, I’m back to business.”

The business for Johnson and the Bears won’t be easy after the week off. They finish the 2022 portion of their schedule with two challenging home games against Super Bowl contenders.

First up in Week 15: a date with MVP candidate Jalen Hurts and the Eagles, who will bring their high-powered offense and a receiving corps led by A.J. Brown and Devonta Smith to Soldier Field.

Then on Christmas Eve, Buffalo Bills quarterback Josh Allen and receiver Stefon Diggs will stop in Chicago, certainly in a cutthroat state of mind as they continue pursuing a playoff bye.

Those are two pretty difficult tests.

“I can only take one at a time,” Johnson said. “I don’t want to say I circle those games. But I just look forward to those matchups. A.J. Brown, Devonta Smith, Diggs, Gabe Davis (of the Bills). It’s those premier matchup guys. Like I’ve said from day one since I got in this building, that’s something I want.”


What’s next for Sox after Bogaerts’ departure