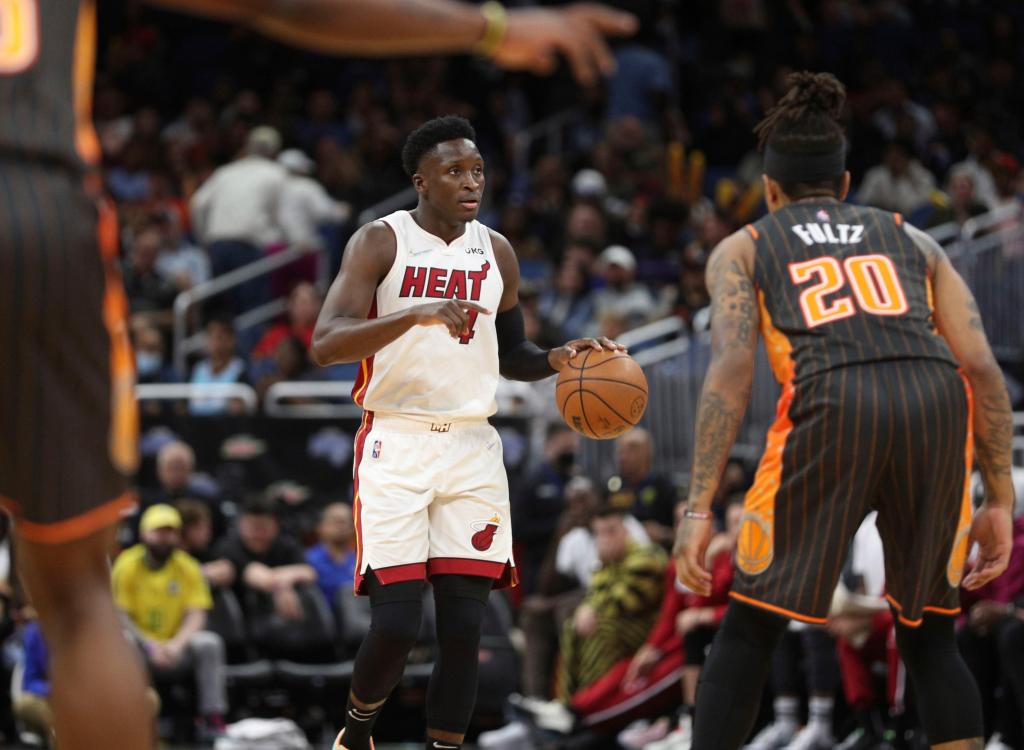 It was a truth-telling win, just as every playoff run has a handful. The truth on Sunday night was the Miami Heat defense was goal-line-stand great the last three quarters against the Atlanta Hawks.

The truth is professionalism won Game 4 over pretense. The truth, too, came when Jimmy Butler entered the interview room just as Victor Oladipo was ending questions with the media.

“Tell them how much I hate you,” Butler said to him.

“Jimmy hates me, guys,” Oladipo said, squinting his eyes in a manner that said it was absurd. He laughed. “That was a cute one.”

Butler and Oladipo then hugged as they changed positions, Butler sitting before the media and saying, “I love my guys.”

The making of relationships is difficult inside teams full of transients and tycoons, but the making of stories really isn’t. Just lob some words. This one tells why people hate the media – whatever that exactly means.

It’s like saying you hate the weather. All weather? Hot? Cold? Sunny? Drizzly? A hurricane demands a different reaction than a sunset in an endless ocean.

It takes little, so very little, to set off a firestorm in today’s social-media echo chamber. Fox’s Skip Bayless is a storyteller, not a reporter, but said after Oladipo did not play the opening two games of the series it was because Butler did not like him.

“Jimmy just flat-out told Spo, ‘I do not want to share the floor with him,'” Bayless said after the Heat ran to a 2-0 start this series.

That sparked a Twitter firestorm. No source, context or background. This is how the media world has changed, and it’s because the masses take any juicy idea and run with it. How many even knew who started it when it reached peak volume? Did those repeating it know the full-season injury rehab Oladipo was on? Or how the Heat tried to inject him into games to troubled effect near season’s end?

Oladipo’s availability has always been a wild card, just as Butler’s emotions often are. So it was perfectly fit to cause the kind of noise this Heat season has avoided, the kind coach Erik Spoelstra repeatedly talked of ignoring during the circus of the Big Three Era.

There’s some basketball truth to the idea the games of Butler and Oladipo needing unavailable time to mesh. Each likes to play with the ball in his hand. Each has starred when an offense is directed at him.

To continue with the Big Three idea, this is akin to LeBron James and Dwyane Wade. It took them months to blend their great talents into the other’s games. When they did it created basketball music.

Sunday night showed what the idea of ​​Oladipo brings. He entered Game 4 with just under eight minutes left in the half and the Heat down 35-29. The Heat outscored Atlanta 26-6 the rest of the half.

With Kyle Lowry out with a hamstring injury and Tyler Herro and Duncan Robinson struggling, coach Erik Spoelstra smartly made room for Oladipo. He was rewarded with a stretch that changed the game and, with it, effectively ended the series.

Oladipo set up the offense well enough to have eight assists (and six points) in 23 minutes. More compelling was his presence on a lock-down defensive unit, one you might see in in stretches moving ahead. Atlanta’s spirit was broken by it.

“We were just not able to penetrate their defense,” Atlanta coach Nate McMillan said.

It’s been an odd year for Oladipo, a former All-Star, nursing his body and game to health. There’s little chance he returns to the Heat next year from a salary-cap view. Herro is expected to get the big money this offseason. There’s only so much to go around.

“What I can take away is you’ve got to stay in the moment,” Oladipo said of Sunday’s game. “You can not control anything else. But you can control what’s right in front of you. You can control your mindset and your approach. ”

Butler scored 36 points Sunday, continuing his full impact on this series the Heat can close out Tuesday night in Game 5 at FTX Arena. A few weeks ago, he sparked a sideline dust-up involving Spoelstra and Udonis Haslem the likes you rarely see in sports. As far as this social-media dust storm, Butler shrugged.

“I’m used to it,” he said. “I’m always the bad guy. That’s OK. Bad guys are welcome here in the Miami Heat organization. But I love my guys. As you can see, Vic was a huge part of us winning tonight.

“It’s tough. He deserves to play. But that’s not my call. I do not talk to anyone about it. I just always tell him, you be who you are, you stay aggressive, when your number’s called, which it was, you see what happened. ”

Right? Fair? Accurate? Those aren’t terms applied to some stories anymore. Volume applies. It’s why Spoelstra might get back to his former mantra of tuning out the noise.