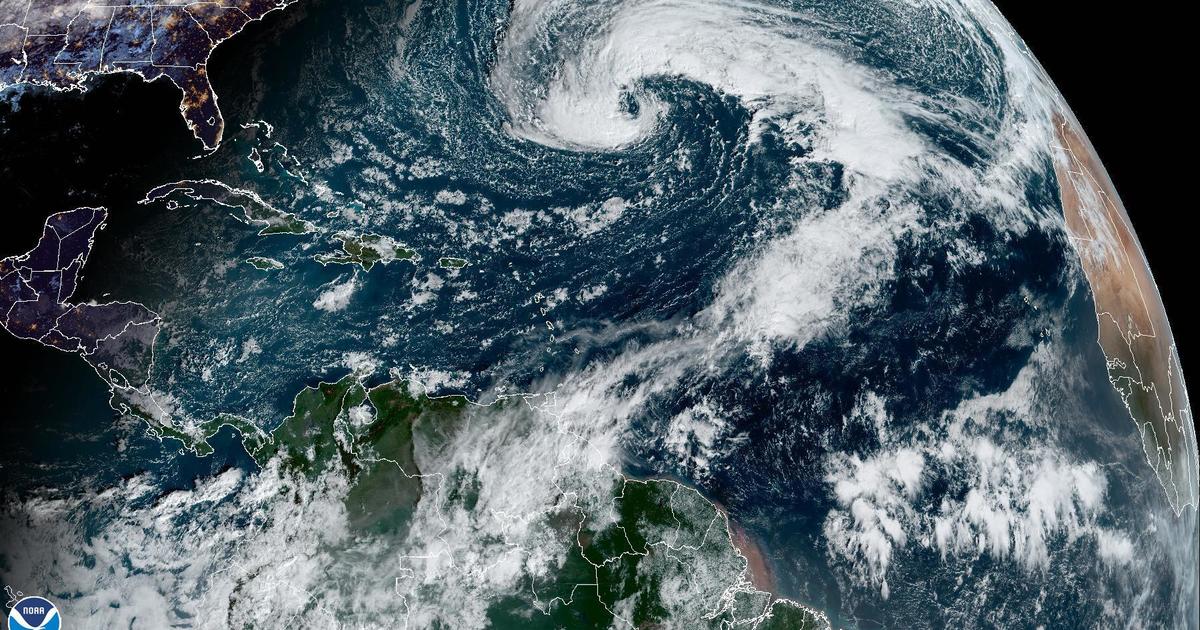 One week after hurricane season came to its official close, a weather system has been detected in the Atlantic Ocean that may develop into a rare December tropical storm. If formed, it would be the first December storm in that region since 2013.

According to the latest update from the National Hurricane Center in Miami, the system is located about 800 miles northeast of the northern Leeward Islands, producing “a large area of disorganized showers and thunderstorms.”

“Environmental conditions appear marginally conducive for development and a subtropical or tropical storm could form within the next day or two,” the center said on Tuesday night.

Scientists at the center expect that the low pressure system will move northeast into cooler waters by Thursday night, in which case the chance for further development would be limited. As of Wednesday morning Eastern time, the system has a medium 50% chance of forming into a storm in two days, as well as a 50% chance of forming through five days.

“Regardless of development, this system is already producing a large area of gale force winds and storm force winds have developed this morning on the north side of the low,” the National Hurricane Center said, adding that the strong winds are expected to continue through Thursday night.

Should it form, the storm would be named Owen, according to the National Hurricane Center’s 2022 list of names. It would form just one month after Nicole hit Florida as a Category 1 hurricane, sending homes toppling into the ocean and causing at least three deaths.

If it does come to fruition, this would be the first tropical storm in the northern Atlantic Ocean Basin since 2013, when an unnamed storm developed from Dec. 3 to 7. Prior to that, Tropical Storm Olga developed in 2007, and Odette and Peter developed in 2003.