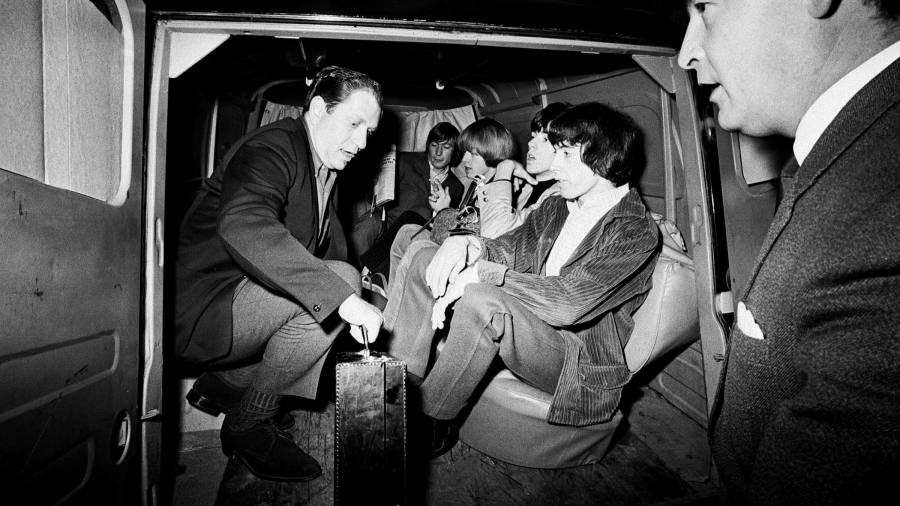 This article is an on-site version of our Britain after Brexit newsletter. Sign up here to get the newsletter sent straight to your inbox every week

With Covid-19 restrictions now lifting and clear signs that business travel is recovering after an enforced two-year hiatus, companies large and small in the UK are starting to examine what that means – post-Brexit – for UK travel to the EU.

According to the British Chambers of Commerce, the Trade and Cooperation Agreement contains more than 1,000 restrictions in cross-border trade in services, either at EU or member state level. The tricky part for business is knowing how those restrictions will bite.

The uncertainty is created not just by the fact rules for the same service often differ across all 27 EU countries, but also by much more nebulous questions of how those countries will enforce their regimes.

One example I reported on recently involved Netty Miles, a freelance consultant who is setting up a scientific exhibition in a museum in Belgium along with a team of three supporting technicians.

Initially Miles was told she and her crew would need a “professional card” to do their work, requiring £ 450-worth of checks and an eight-week wait, but on deeper research it was suggested that she could use a special exemption for artists , because the project was a collaboration between an artist and physicist.

Even now Miles can not be 100-per cent sure that exemption is justifiable, but it’s impossible to actually find anyone to guarantee that it is. In another project she was told that a UK electrician was not allowed to touch anything, but could only direct a Belgian electrician in order to avoid ‘working’ without a permit.

It might sound semi-comical but for a lot of professionals such as Miles who rely on being able to travel frequently to the EU it is important to get it right. Even now, traveling on a letter of invitation from the museum, Miles is not sure whether, technically, she should have declared herself as “working” when she passed through immigration.

Part of the uncertainty is that all UK citizens are allowed to travel to the EU visa-free for 90 days in every 180 days, but the right to enter a country is not the same as a right to work. So given the ease of access, for a lot of workers providing services the obvious question is “who is ever going to know?”.

Different businesses will answer this question in different ways. For example, a visa advisory service reports privately that rock musicians are much more likely to ‘risk it’ and pile into a van and do gigs in the EU than classical musicians.

Part of the problem is the mind-boggling complexity of national EU regimes across each profession. According to ISM, the professional association for musicians, some EU Member States offer no visa waiver at all for musicians – Greece, Cyprus, Malta, Croatia – while others offer limited exemptions, although these may differ within countries themselves.

So in a federated country like Belgium the exemption for musicians in Flanders is limited to 21 days for artists of “international renown”, while Brussels and Wallonia have a far more generous regime. In short, it’s a minefield.

For individual traders it will be a calculated risk whether to work or not. Some, like UK ski instructors, know from bitter experience that their French counterparts will call the gendarmes if they spot them working on the mountain. In other sectors it is far less clear-cut.

The reality, however, is that most businesses large or small instinctively want to be above board; whether to protect their individual long-term right to work in the EU, or broader reasons around corporate reputation risk management.

A Britain after Brexit reader who works for a big-ticket UK professional services provider in London – we’ll call him ‘Jack’ – recalls how a trip to the Netherlands to deliver an internal training program was canceled following internal advice.

When Jack filled in his ‘reasons for travel’ form his company’s internal compliance department warned that providing classroom training – even free of charge – to the Dutch entity was not allowed under casual business visitor entry to the Netherlands. That would need a work visa, which would take “1-3 months” to arrange.

Would anyone have noticed if Jack had just gone and delivered the training? Perhaps not, but companies understandably do not want employees telling untruths when they cross international borders.

Both Jack and Netty face similar conundrums, it’s just that one is freelance and the other has a corporate compliance operation to advise them. In both cases you can see why employees with EU passports will increasingly be at an advantage.

The other under-reported dimension of post-Brexit provision services is that EU companies frequently do not understand their own bonds.

Infinity Engineering, a small UK-based company that services gas turbines at short notice in the EU, recalls the difficulty of persuading EU clients to obtain the necessary permissions to enable engineers to work legally.

One EU client wanted Infinity to sign a waiver saying they would take responsibility for any visa issues, when Infinity’s advice was that only the EU business was able to apply for the correct permits.

Infinity stood its ground and their client is now obtaining the necessary permissions, but obviously Infinity frets that over time they’ll start to lose out to EU providers who can jump on a plane or train and provide their services paperwork-free.

When you start to aggregate these stories you can see why groups like the British Chambers of Commerce are urging the government to work faster to improve mobility provisions in the TCA.

“Businesses can not afford to wait until the TCA review in 2026 to have the scope to raise services exports,” says William Bain, the BCC’s head of trade policy, urging the government to do more to remove ambiguities with both bilateral and EU- level deals.

The government likes to say that the TCA contains some of the “most ambitious provisions on trade in services ever agreed by the EU”, but as Sam Lowe, the trade expert at the Flint Global consultancy points out, while this is technically true, it also isn’t saying very much.

Because while the TCA does have relatively ambitious chapters on haulage and aviation, the reality is that, relative to the freedoms that came with membership of the EU single market, Lowe finds the TCA’s services provisions “offer very little at all”.

Is it fixable? Well, given the UK’s reluctance to embrace freedom of movement or regulatory harmonization with the EU, Lowe says the options for further liberalization are “limited”, but they are not non-existent.

He cites a recent EU agreement with Canada on the mutual recognition of architectural qualifications as an example of where there are possibilities for the UK. An enhanced EU-wide labor mobility agreement would also obviously make it easier for professionals like musicians and artists to work across the EU.

Will any of that happen? Well, it’s fair to say that confidence is pretty low among industry given the continued stand-off over Northern Ireland and the lack of any obvious progress, thus far, in striking bilateral deals with EU member states.

In short, the current confusion will continue for a good while yet, with companies and individuals working out for themselves what is going to be acceptable, and what is not, at a cost to UK plc still to be determined.

Do you work in the services industry and have business links with the EU? If so, email me at brexitbrief@ft.com and tell me about your experiences.

Today’s chart points to another little-explored impact of Brexit, which is the persistent undervaluation of UK companies that are now more vulnerable to being snapped up by foreign investors.

Jeegar Kakkad, productivity head at the Tony Blair Institute, says that UK companies are trading at a 12 per cent discount as a result of Brexit, according to estimates by Panmure Gordon, the investment bank.

In a new paper he finds that this “valuation gap” would mean that the UK-based semiconductor company ARM would see its paper valuation rise by 30 per cent if it is listed in New York rather than London.

“This suggests that financial markets believe the structural economic damage of leaving the EU justifies a ‘Brexit Discount’ on UK companies,” he writes, warning that such discounts leave strategic UK companies in tech and defense sectors at greater risk of takeover.

Does that matter? Well, if impaired access to the EU single market makes extracting value harder for companies based in the UK (hence the Brexit ‘discount’) then, logically, the incentive for foreign buyers might be to take the technology abroad, says Kakkad.

Which is why, he writes, the UK urgently needs further reform to its takeover rules by “depoliticising sensitive decisions in favor of a regime with more predictability, transparency and accountability”.

Voters face a momentous choice in this month’s presidential election in France, argues the FT Editorial Board ahead of the first round of voting on Sunday. Polls show Emmanuel Macron’s lead has narrowed against far-right rival Marine Le Pen. But voters should be under no illusions, the FT says, that a Le Pen victory would be disastrous for France. The French election is also the topic discussed in this week’s Rachman Review podcast. The FT’s chief foreign affairs columnist has joined the FT’s World News Editor and former Paris bureau chief Anne-Sylvaine Chassany and Bruno Cautrès of Sciences Po to discuss the campaign.

Just one other recommendation this week – but it comes in two parts. The FT’s Big Read ran a series on the subject of financial warfare. Part one is on how the west unleashed shock and awe on Russia through the global financial system. The second part focuses on the dollar and asks will there be a backlash against the US currency.

Recommended newsletters for you

Trade Secrets – A must-read on the changing face of international trade and globalization. Sign up here

Europe Express – Your essential guide to what matters in Europe today. Sign up here