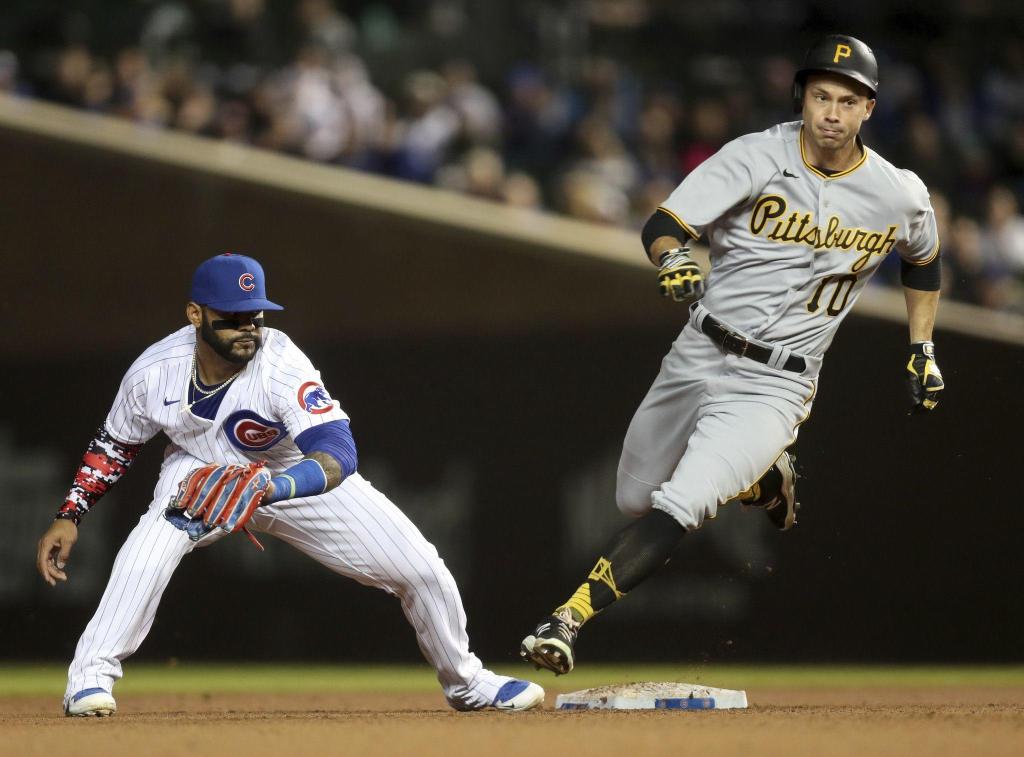 Signing shortstop Andrelton Simmons to bolster the middle infield defense was an understandable approach for the Chicago Cubs’ roster construction.

Between the injury histories of shortstop Nico Hoerner and second baseman Nick Madrigal and a rotation reliant on ground balls, a defense-first infielder like Simmons can be valuable.

But the Cubs’ vision works only if Simmons is healthy – and when he will debut for them remains unclear.

The Cubs are slowing down Simmons’ ramp-up process after he again felt soreness in his right shoulder. He is throwing at the team’s complex in Mesa, Ariz., And will resume live batting practice next week.

“I do not think it’s a humongous setback,” manager David Ross said Tuesday. “But it’s a little bit like, let’s pause and still build.”

Shoulder soreness has plagued the 32-year-old Simmons since shortly after he reported to big-league camp in mid-March on a one-year deal. The Cubs initially sounded optimistic Simmons would require only the minimum 10 days on the injured list to open the season. Three weeks into his IL stint, Simmons’ lingering soreness creates a murky timeline for his return.

“The challenge is you’ve got an elite defender that we’re missing,” Ross said, “so sometimes that’s where you’re going to kind of have to weigh your options on where your fly-ball-to-ground-ball pitchers might be, different stuff like that.

Guys have been doing really well. We’ve mixed and matched the group as best we could. You only have so many elite, All-Star-type players, and some of them you try to maximize their strengths and limit their areas of weakness. I feel like we’ve done a nice job of getting guys rest with the crazy schedule to start. ”

The Cubs signed Jonathan Villar predominantly to play third base and fill in at second for Madrigal as needed. Instead, Villar has become Hoerner’s backup at shortstop, where he did not get many reps during spring training.

Although Villar had played 432 games at shortstop coming into the season, it has not been his regular position since 2016. Last year he made 86 of his 109 starts for the New York Mets at third base.

Despite Villar’s defensive inconsistencies, his production has been a valuable part of the Cubs possessing one of the best offenses in baseball. The switch-hitting Villar entered Tuesday’s series opener in Atlanta hitting .341 with a .380 on-base percentage and 126 OPS +. Ross called him a big part of the Cubs’ success because of how well he’s swinging his bat.

“Some guys may be playing great defense but not hitting,” Ross said. “We’ve all got areas of our game that we can improve. … For me, it’s just about continuing to work. We’ve got a long season. And just because you start off at the plate going 0 for 20 does not mean you’re not going to have a really nice season. And I think the same would be defensively. ”

Villar has been working on his defense before games with bench coach Andy Green, but there is a balance that comes with it. Ross said it’s hard for Villar to get many opportunities for that type of pregame infield work because he needs reps at three positions.

“I can not have him working at short on the day that he’s going to be playing third or second,” Ross said. “He can take days like today and he’ll move around and get some real work in and be ready to go whenever the next time he’s in the lineup.”

Without other middle-infield options on the 40-man roster, the Cubs would need to make a roster move to add another infielder capable of playing shortstop such as Ildemaro Vargas. Simmons’ injury has forced Villar to start two games at short, where he has committed two errors in 17 innings. Villar accounts for four of the Cubs’ seven errors, including two at second base.

If Simmons’ progress keeps stalling, the Cubs might need to make an internal move. By the end of next week, they should have a clearer idea whether the big-league roster would be better off if they put Simmons on the 60-day IL to open a 40-man spot and help their middle infield depth.