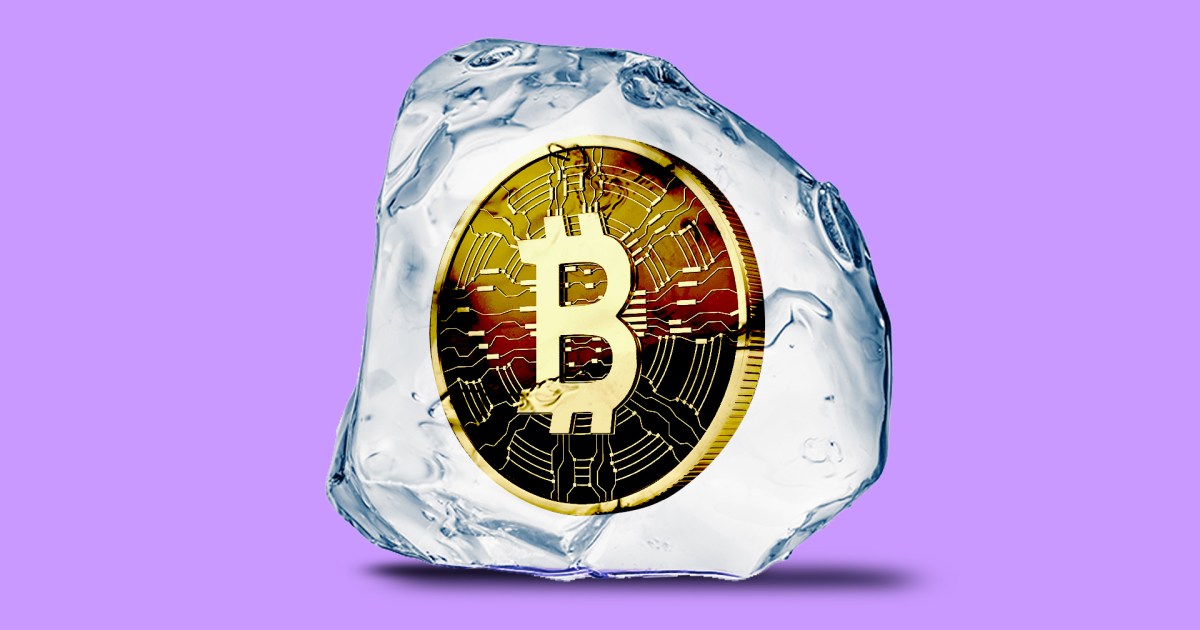 Fight disinformation: Sign up for the free Mother Jones Daily newsletter and follow the news that matters.

Before Celsius filed for bankruptcy last month, the company seemed optimistic about its future. In a June 7 blog post titled “Damn the Torpedoes, Full Speed ​​Ahead,” the crypto-lending firm took aim at the “vocal actors” who were “spreading misinformation and confusion.” It assured its customers that it was “online 24–7” and said it was continuing to “process withdrawals without delay.”

Celsius—which offers bank-like services for crypto enthusiasts, including the chance to earn eye-popping interest rates by depositing digital assets and the ability to borrow using crypto as collateral—boasted that it had “one of the best risk management teams in the world.”

“We have made it through crypto downturns before (this is our fourth!),” the company assured consumers. “Celsius is prepared.”

“I can’t tell my wife and kids our retirement and dreams have been stolen from us.”

Five days later, Celsius paused all customer withdrawals—a move that essentially froze the assets of its hundreds of thousands of users. A month after that, Celsius filed for bankruptcy. During the bankruptcy proceedings, it became evident that the company did not offer the same protections that traditional banks do. Since 2019, “the Company has been clear” that it may have to temporarily or permanently pause withdrawals due to a variety of potential circumstances, Celsius CEO Alex Mashinsky wrote in a legal declaration. When customers deposit their savings with Celsius, they “transfer ‘all right and title’ of their crypto assets to Celsius,” he stated.

According to a presentation filed in court, Celsius now hopes to offer its customers a choice: accept a cash payment worth just a fraction of their investments, or opt to “remain ‘long’ crypto”—that is, continue to hold their digital currency on Celsius’ books in the hopes of eventually being able to recover their money.

That offer may not be enough to satisfy Celsius’ depositors, many of whom have found themselves in dire straits after trusting the company. Dozens of customers have detailed their plight in letters to the bankruptcy judge handling Celsius’ case.

“My life savings were in Celsius,” one depositor wrote last month. “I pray and hope everyday you are doing everything in your power to rightfully return deposits back to customers. I can’t tell my wife and kids our retirement and dreams have been stolen from us. Life is stale, we need updates and silence is not the answer.”

Crypto can be a cumbersome asset. There are thousands of different digital currencies, and transferring them from one owner to another is sometimes difficult—thanks to fees and long processing times. It can also be challenging to purchase or sell crypto in exchange for traditional money. Unlike other assets, such as homes, it’s hard for crypto owners to borrow against their holdings. And while ownership of a crypto asset is recorded in what’s known as a distributed ledger, that record doesn’t correspond to a person but rather to a particular code that is stored on a computer. That means it can be easy to lose, particularly if an investor is not technologically sophisticated.

Companies like Celsius were created to solve these problems, making it easier for consumers to build their finances around crypto. Celsius sought to portray itself as a consumer-friendly alternative to a rapacious financial industry—the company used the slogan “unbank yourself.” Mashinsky was something of a populist figure and often wore a shirt that read, “Banks are not your friends.” He would conduct weekly livestreams with customers, who the company called its “community.”

“Celsius deployed customer assets in a variety of risky and illiquid investments.”

As the value of crypto exploded in recent years, financial regulators didn’t keep up. Even though Celsius does many of the things a bank does, such as making loans and paying depositors interest, it didn’t register with state regulators, which meant that customers didn’t have access to the same disclosures that they would have received if they had done business with a more traditional financial institution.

Celsius experienced rapid growth in tandem with the increasing crypto prices, its bankruptcy filings say. That early success “was not without its hiccups,” Mashinsky wrote in a court filing. Celsius reinvests its customers’ deposits in an attempt to earn a profit, and the company “made what, in hindsight, proved to be certain poor asset deployment decisions.” The company had attempted to “right-size those liabilities” beginning in 2021, Mashinsky continued. Then, in 2022, crypto prices plummeted. Customers began withdrawing their funds, and Celsius found itself unable to unwind its own investments fast enough to meet customer demand. Ultimately, the company paused withdrawals and then declared bankruptcy.

Other legal proceedings paint a grimmer picture. Multiple state regulators have alleged that Celsius, by allowing customers to open accounts, was offering an illegal “unregistered security.” The state of Vermont’s Department of Financial Regulation issued a consumer alert last month warning that Celsius’ “assets and investments are probably inadequate to cover its outstanding obligations” and that “Celsius deployed customer assets in a variety of risky and illiquid investments, trading, and lending activities.”

In a separate lawsuit against Celsius, KeyFi, a company that provided investment services for Celsius, alleged that Celsius was “operating a Ponzi scheme,” that it was manipulating the value of its holdings, and that it lacked proper risk controls. Subsequent CNBC reporting claimed that Celsius had a risk management team of just three full-time employees, a number that one former Celsius employee described as “too small.” Celsius declined to comment to CNBC and did not respond to questions from Mother Jones.

In their letters to the bankruptcy judge, Celsius customers have said that they were initially drawn to the company because of its anti-wall street ethos. “I felt it was a safe consideration,” wrote one. “Many of the pitches from Celsius such as: ‘Unbank yourself’ and ‘Banks are not your friends’ made sense when moving into a new world of a digital monetary systems.”

Some mentioned that they found Celsius’ social media communications, such as the weekly livestreams, to be particularly compelling. “This company portrayed themselves to be a safe alternative to a bank that cared about its community,” wrote another customer.

Celsius ultimately let that community down. A number of customers parked significant portions of their savings with the company, the letters show. Now, with Celsius pausing withdrawals, those assets are in limbo. “I am a Celsius customer with a little over $15k worth of deposits that are locked up in Celsius,” reads one letter. “$15k may not mean a lot to some people, but it is about 65% or my life savings.”

For some, the issues with Celsius have done little to dampen their overall enthusiasm for cryptocurrency. “I am a long term HODLer,” one letter states, using a slang term for people who hold on to their cryptocurrency during market fluctuations and expect it to increase in value over time. “If there were guarantees for full recovery of funds in my accounts, I would choose to HODL for the foreseeable future as this investment was a long term holding play.”

As part of the bankruptcy process, Celsius hopes to “take care of its global community,” Mashinsky wrote to the court. But the company has numerous other creditors who aren’t customers and who may have stronger claims to its assets, bankruptcy experts told Reuters. Regardless, it might take years for any bankruptcy proceedings to run their course. With their accounts frozen and no guarantee that the process will be resolved in their favor, some Celsius customers are growing anxious.

“Every Monday I would receive a notification from my Celsius application about interest being paid back to me and I felt a sense of pride for growing my nest egg,” wrote one customer. “The money is now being held hostage by Celsius and this has hurt my family greatly. Every day since June 13th, 2022 I have gotten up and felt terrible for a portion of the day. I look at my children and think how the money that Celsius seized from me could be put towards improving their lives.”