a critical tool for the mental health of children 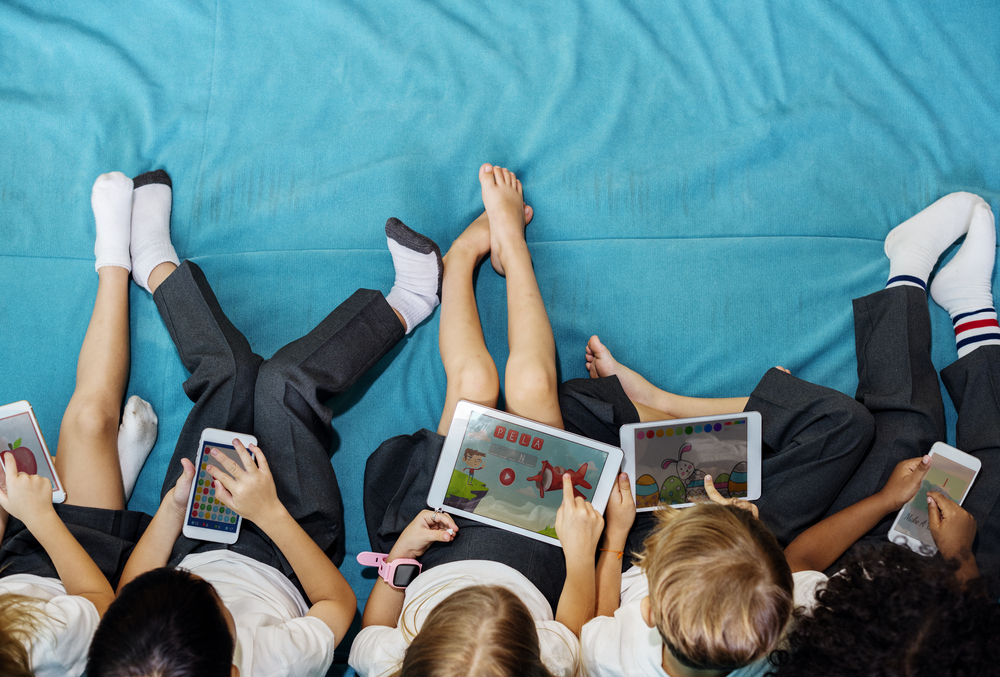 The precipitous decline in the mental health of U.S. children and adolescents has been meticulously cataloged in newspaper articles, books, and documentaries. In our own pediatrics clinic, the numbers have skyrocketed — a baseball player unable to get out of his car for practice, a teenager with aggressive behavior masking underlying depression and anxiety, and another 9-year-old unable to attend school due to daily panic attacks. Every day now, we confront conventional as well as less obvious somatic and behavioral presentations of underlying emotional struggle. In a 2021 CDC national survey of 7700 teenagers, 4 out of 10 reported feeling “persistently sad or hopeless,” and 1 in 5 contemplated suicide.

While availing ample services to catch mental ailment downstream after its onset is crucial, given the paucity of these services, we might be best served if we stem the tide upstream. This means sufficiently monitoring and intervening in homes and schools to address inciting contributors. It also means thoughtfully forging sturdy, resilient children to withstand the inevitable headwinds they’ll face in their lives. I’m convinced, despite all of its conveniences and benefits, we should start by declaring a strategic war on devices.

A 2017 Atlantic article entitled “Have Smartphones Destroyed a Generation?” seems to answer its own question with a resounding yes. The article cites numerous studies evaluating devices’ deleterious effects on mental health. The iGen, a term ascribed to those born after 1995, are digital natives who have grown up under the ubiquitous influence of technology.

While more device time has resulted in some positive trends like less teenage pregnancy, reduced experimentation with alcohol, and fewer car accidents, there is nonetheless an opportunity cost to adolescents doing less of what they’ve always done for time immemorial — making an independent decision, even dumb ones, and learning from them. That’s how self-confidence is built.

When discussing screen time, I often explain to families that I worry more about a child’s missed growth opportunity when transfixed by a device than about the content being viewed on it. Children need boredom because this mild discomfort aggregates into resilience. If you can constantly avert and mollify small discomforts with a screen when you’re little, you’ll likely be ill-equipped to endure wanted and unwanted hardship when you’re big. Inexperienced with the common discomfort that accompanies the growth of skills and aptitudes, children instead perceive these developmental challenges as alien and fear-inducing.

Excessive screen time also obliterates sustained attention and deep thought resulting in diminished knowledge, intellect, and even sense of self. With a fractured attention span that only comes with practice, we hamper the transfer of information from short to long-term memory where mental schemas, the conceptual scaffolding that supports intelligence and identity, are embedded.

As a result, while we can search about anything on the net, we have limited foundational knowledge to attach it and create new, unique connections. Additionally, since the brain continues to digest and sublimate ideas long after they’ve been ingested, persistent input from technology deprives us of the solitude needed for the brain to complete its organic work.

On the relationship front, two 2017 studies published in the American Journals of Preventative Medicine and Epidemiology surmised that higher social media usage results in heightened feelings of social isolation and a diminished sense of well-being.

While social media creates the patina of sociability, it lacks the complexity of and benefits conferred by high-level social processing. Interaction is more than verbal communication. Body language, facial processing, voice tone and physical touch induce real, beneficial biochemical changes that virtual encounters do not. Any modicum of mood boost that comes from a Twitter “like” is far surpassed by the enduring physiologic enrichment of offline communication.

So, knowing all that, why don’t we just put down our phones and begin the healing?

Georgetown professor Cal Newport explains in his 2019 book Digital Minimalism why this isn’t so easy. Ever been waiting to check out at a grocery store or sitting at a stoplight and felt compelled to check your phone? Dr. Newport explains that billions of dollars have been spent on addiction engineering. The concerted strategies of “intermittent reinforcement” and “social approval indicators” cleverly prey on our most addictive and vulnerable tendencies and are especially potent for the developing executive function of teenagers. Ad hoc, cobbled-together resolutions don’t stand a chance against the power of biology. We need to counter strength with strength, contends Newport. We need a “digital philosophy.”

Dr. Newport recommends that adopting a digital philosophy entails, first and foremost, taking a breather entirely from technology. Catalog your life for a day, a week, or a month. How much time do you spend, and what are the functions of technology in your life? Next, think about whether technology supports or hinders the realization of your paramount values.

Being methodical both illuminates a more complete picture and accords the necessary diligence due to a worthy, if non-sentient, adversary. Finally, carefully pick the digital tools you let back in your life and be specific about when you use them. Technology should only be an adjunct to the fullest achievement of your values as opposed to the primary means of expressing them.

Technology has fastened itself to the psyche of our children, and loosening this grip will require more than regulatory policies limiting use. Children and teenagers won’t be deterred by a laundry list of cautionary admonitions alone. The allure of the digital world is too strong, and, as we now clearly understand, its negative impact can be broad and long-lasting. They need to be inspired more by the meaning and connections they experience in the analog world than by the fleeting dopaminergic gratification they get by escaping to the digital one. Nothing less than their mental health and well-being depends on it. Maybe a sound digital philosophy is a good place to start.

David Shafran is a pediatrician.