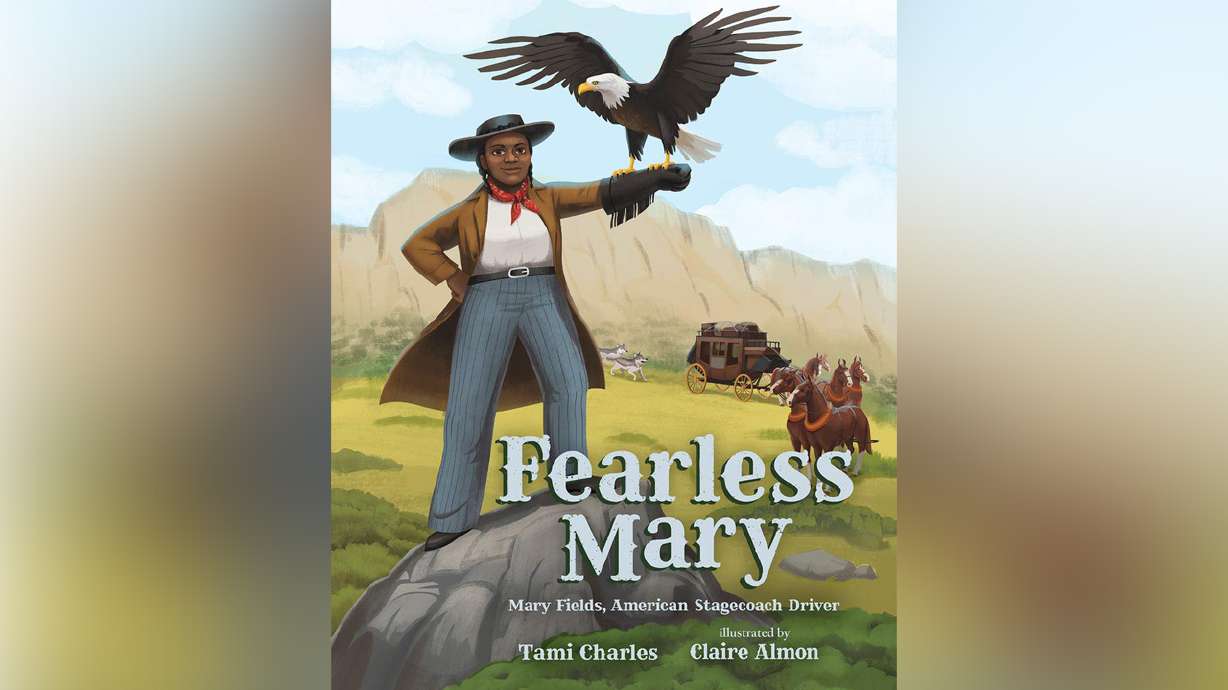 SALT LAKE CITY – There are just a few more days left in Black History Month, and I’m so excited to share my picture book finds to help celebrate this important time of year.

According to the US Census Bureau, only 1.5% of Utahns are Black. As a Utah mom, I feel it is my duty to teach my children about Black history through amazing children’s books like these, especially because they may not have the opportunity here in the Beehive State to learn from many Black people themselves.

I want my kids to learn the rich history of amazing heroes like Dr. Martin Luther King Jr., Rosa Parks, Harriett Tubman and many more.

Although racism is still devastatingly prevalent in our world today, I hope the rising generation will make progress as they become more educated and compassionate. If you’re a parent with similar goals, check out these eight awesome books.

It’s apropos to start our list with this engaging and informative book about Carter G. Woodson, who is known as the “father of Black history.”

Woodson was born a decade after the end of the Civil War to two former slaves. Although he was not born into slavery, his life was filled with major challenges and he had to work extra hard for opportunities he yearned for, such as education. He was not able to start high school until the age of 20, but his education blossomed as he taught illiterate men what they longed to learn by reading the newspaper to them.

Woodson was later challenged by his college professor at Harvard, who claimed that Black people had no history, to find their history. As you will learn after reading this book, he went above and beyond to fulfill that task and brought us today what we know as Black History Month.

Wilma Rudolph’s story is inspiring, to say the least. Born weighing just over 4 pounds, Wilma was a sickly baby who became a sickly child. She was diagnosed with polio as a young girl, and no one ever thought she would walk again. Little did they know, her grit and determination would send her to the 1960 Olympics in Rome where she became the first American woman to ever win three gold medals in one Olympics. Her sport? Running.

This beautifully illustrated book will have you cheering for Wilma on every page.

Patricia E. Bath not only had to advocate for herself as a Black person but as a woman, too. In a time when all the high schools near her would not admit Black students and most doctors were men, Patricia knew she had just as much to offer in the medical world as any white male practicing medicine. She worked her brains out to start an eye doctor training program and to invent a new device and technique for cataract surgery.

Bath’s story is told through rhyme and is fun for the young and old reader alike.

In 1895, a former slave named Mary Fields was trying to navigate how to support herself with a good living in the Wild West. Of course, being both Black and female, this was not easy. Fields learned of an open job position – stagecoach driver – that would help her make good money. But it was a dangerous job, and one that a Black woman in the 1800s was not at all likely to get.

However, Mary, who calls herself “fearless,” proved herself worthy of the job amidst dozens of cowboys competing against her. To this day, she is remembered in her Montana town.

When a little girl named Marcie is waiting for her school bus one February day, a different bus arrives in place of it. Marcie gets on anyway. This bus, which she soon discovers is a talking bus, begins to educate Marcie about Rosa Parks’ life, the Montgomery Bus Boycott and the civil rights movement.

For the reader, parts of the story will be familiar and parts may be new. Either way, it’s an inspiring and educational story.

This fun historical fiction follows a family celebrating the recently established law that all Black people’s marriages could be legally recognized.

Ellen and her family head to the courthouse where her parents are going to make their marriage official. Along with them, they bring the broom the couple once jumped over to establish their marriage in the only way they could. Although their future showed brighter promise, this story brings to light the importance of remembering the past.

This book is all sorts of feel-good.

Mary Walker was born a slave. Even after the Emancipation Proclamation declared her freedom, her life was far from privileged. She worked way too hard for very little money and hardly had anything to show for herself. One day, an evangelical woman gave her a Bible and told her that her civil rights were written in that book. Mary did not know what civil rights were or how to read the words in the book gifted to her, but she swore that someday she’d learn to read.

Years passed. One husband died, then another. Eventually, all three of her sons died as well. At 114 years old, Mary still could not read. But one day, with her head held high, she attended a reading class and never looked back. To her, reading felt like freedom.

“Hungry for food, yet more hungry for words, Gwendolyn kept writing”; this story follows young poet Gwendolyn Brooks as she falls in love with poetry as a small girl, hones a talent for it, and goes on to be the first African American to win a Pulitzer Prize. The years between Gwendolyn’s introduction to poetry and the Pulitzer were fraught with prejudice, struggles to pay bills, and hunger through The Great Depression. But, as the story goes, “Gwendolyn kept writing.”