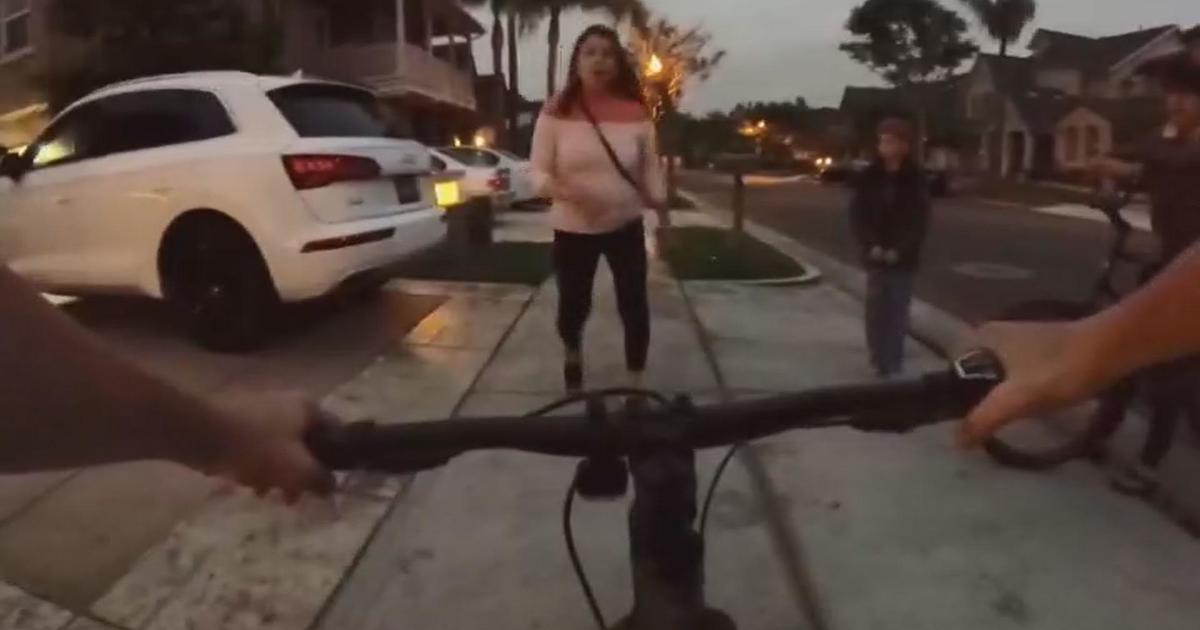 A dispute between a boy on his bike and an elderly Santa Ana neighbor ended with the latter being cited for battery.

“I was trying to get off the sidewalk and she started walking over to me all aggressively,” said 12-year-old Jeffrey Vandervort. “I’m like ‘Whoa what’s going on.'”

The confrontation between Vandervort and his 79-year-old neighbor, identified by police as Sarah Garcia, was captured on the boy’s new GoPro which was strapped to his chest. Vandervort could be heard saying “Why did you just hit me?” before someone else said, “Want me to hit you again?”

“You know obviously after watching the video I was absolutely just furious,” said Vandervort’s mother Whitney Gregory. I immediately called the police after seeing the video. “

The Santa Ana Police Department cited Garcia for battery. She could not be reached for comment but police said she will be assigned a day to appear on the battery charge.