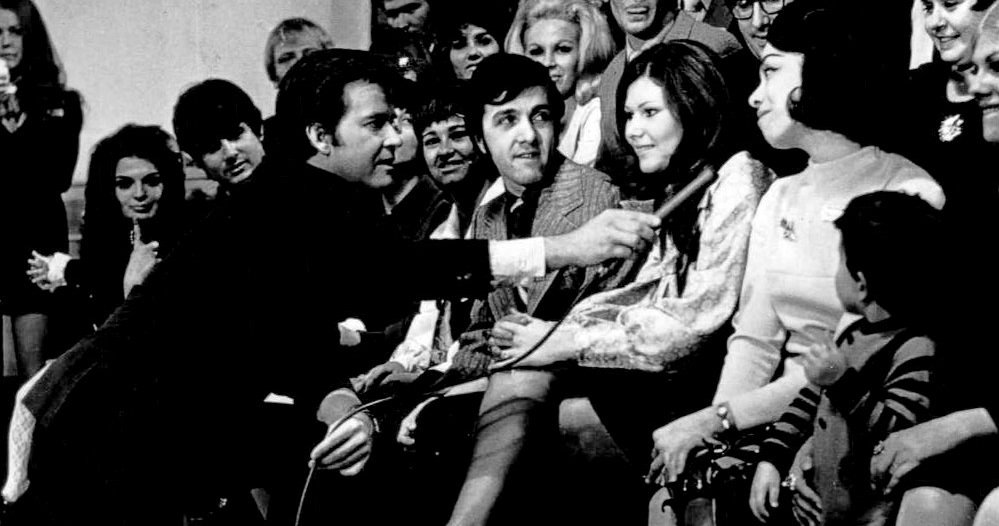 “American Bandstand,” one of the most influential TV shows of the 20th century, debuted 65 years ago in a West Philadelphia studio, with Dick Clark hosting singer Billy Williams and The Chordettes, a female quartet known for its 1954 chart-topper “Mr . Sandman.”

Although the program has been off the air for decades, its impact can still be felt to this day.

During its 37-year run, the show featured everyone from Johnny Cash, Buddy Holly and the Beach Boys in its early days to Madonna, Bon Jovi and the Beastie Boys in its later years. It also helped turn talented Philadelphia acts like the Larks, Bobby Rydell and Frankie Avalon into mainstream successes.

At its peak, as many as 20 million people tuned into “American Bandstand,” including an overwhelming share of American teenagers. That’s more than the most-watched American TV program today, NBC’s “Sunday Night Football,” which gets just under 18 million viewers.

These universal media experiences are much less common today, particularly for young people.

In the social media age, the audience has fragmented. Although TikTok boasts more than 1 billion users, they each get their own personalized feed of content.

Mass hits and viral music videos still break through to broad audiences, but artists must compete against the algorithm feeding people whatever niche content will garner the most engagement.

But in the days of “American Bandstand,” a performance on the show could have a broad, transformative impact. A 1990 Rolling Stone story noted that two-thirds of the musical acts that had been inducted into the Rock and Roll Hall of Fame had made their national television debuts on the show.

The show also turned Clark into one of the most popular TV personalities of the 20th century. Over the decades, tens of millions of Americans rang in the new year by watching “Dick Clark’s New Year’s Rockin’ Eve.”

But he wasn’t the first host of “American Bandstand.” The program got its start in 1952 as a Philadelphia program dubbed “Bandstand.” It was hosted by Bob Horn, a popular radio DJ. He lost the job following a drunk driving arrest in 1956.

Clark lobbied for a national audience and on Aug. 5, 1957, he got his wish. That night, “American Bandstand” was broadcast on 67 ABC affiliate stations. Williams performed “I’m Gonna Sit Right Down and Write Myself A Letter” and The Chordettes sang “Just Between You and Me.”

In a way, “American Bandstand” was an early example of fragmentation in the media market, as it was among the first generation of programs marketed specifically to teens.

At the time it first aired, the idea of ​​youth culture – and adolescence – as most Americans conceive it today was relatively new.

For most of American history, the bridge between childhood and adulthood was less defined. It wasn’t uncommon for American children to work full time instead of attending high school well into the 20th century.

The concept of youth culture and teenagers as a distinct marketable demographic arose from the flourishing consumer culture that evolved from the economic prosperity that followed World War II.

“American Bandstand” was among the first shows that courted this demographic.

To many, the program is remembered as an early example of racial integration in the national media, but this legacy is complicated.

In one sense, the show promoted integration by featuring Black artists like the Larks and Chubby Checker as early as the late 1950s. That was groundbreaking at the time and the representation was recognized by some Black teens around the country.

But the show’s on-screen audience was almost completely white during its tenure in West Philly, despite the neighborhood being integrated. Although the show’s admission policies did not explicitly ban Black people from attending, they had a discriminatory effect.

Still, the program was so popular that Black teens across the city organized to try to get access to the show, drawing media coverage. “American Bandstand” largely remained a space for white teens until it moved in 1963 to Los Angeles, where it switched from a live, weeknight show to a taped, weekly program.

The fragmentation of the media market stretches back to the mid-20th century, when television executives and advertisers looked to court increasingly specific demographics.

In 1973, Clark tried to launch his own version of the program called “Soul Unlimited,” but it quickly flopped.

“American Bandstand” remained on the air until 1989, but by that point it had largely been supplanted by MTV. The station had even more genre-specific shows like “Headbangers Ball” and “Yo! MTV Raps,” which were a stronger draw for a new generation of American teens.

But in a way, MTV maintained the universalist legacy of “American Bandstand” into the new millennium with its program “Total Request Live,” which also had a live studio audience and a focus on chart-topping tracks with a broad appeal.

Today, the old “American Bandstand” studio on 46th and Market streets is occupied by The Enterprise Center, a community group focused on promoting racial equity by supporting small businesses.