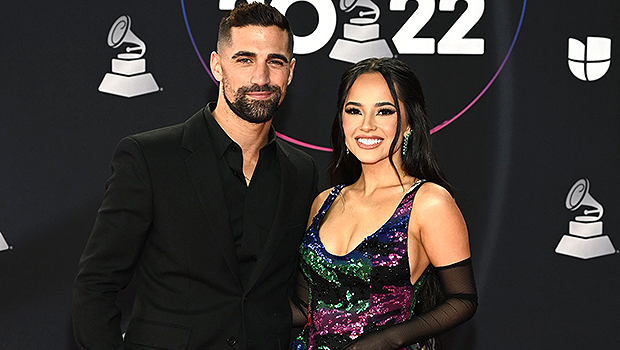 Becky G revealed she got engaged to soccer star Sebastian Lletget in December 2022. The pop star announced the news via an incredible photo album posted to her Instagram account. With the FC Dallas midfielder proposing on one knee at Manhattan Beach, the “Zooted” singer captioned the sweet snaps, “Our spot forever.”

The last pic in the album had Becky holding up her hand to show off the gigantic sparkler the athlete offered in exchange for her hand in marriage. Find out more about the romantic boyfriend of Becky G, below.

Where is Sebastian from?

Born in San Francisco on September 3, 1992, Sebastian inherited his athleticism from his Argentinian parents. He would attend El Camino High before playing soccer at Santa Clara University, where he was scouted to play in Europe in 2009.

He is a soccer star

After being scouted in college, Sebastian signed his first professional contract with West Ham in September 2010. In 2015, he signed with the LA Galaxy, then moved to the New England Revolution and in August, he started with the FC Dallas team.

He is Becky G’s ‘best friend’

The pop star has gushed about her man in the past. “I think a lot of people think relationships just happen — and they don’t just happen. To fall in love is one thing, and I think to stay in love is another,” she told People in October 2022.  “I’m so proud of the fact that he’s my best friend.”

Sebastian and Becky G met while she was filming ‘Power Rangers’

In 2017, Becky revealed how she first got together with Sebastian. While filming Power Rangers, Becky became close friends with her co-star Naomi Scott, whose husband just happens to be friends with Sebastian,” per J-14. The married couple had a brainstorm and thought Becky and Sebastian would be a perfect match… and they were right!

“The way we got introduced, me and Sebastian, was through my co-star Naomi,” Becky said on Mega96.3, per J-14. “Her husband — she’s 23, they’ve been married for a couple years now — and [him] played soccer together, him and Sebastian. So Nae met me and was like, ‘Girl, you’re awesome! You deserve to be with a man!’” And the rest is history!

He can chat up Becky’s grandmas

Sebastian has clearly made it a point to get in good with Becky’s family, and he’s using his background as a bit of an edge. “He can communicate with my abuelitos. It’s cute. It’s really sweet,” the “Shower” singer told People. “It’s just a different connection, I think, when someone does relate to your culture. But even then, within the Latinx community, there’s so many differences.”