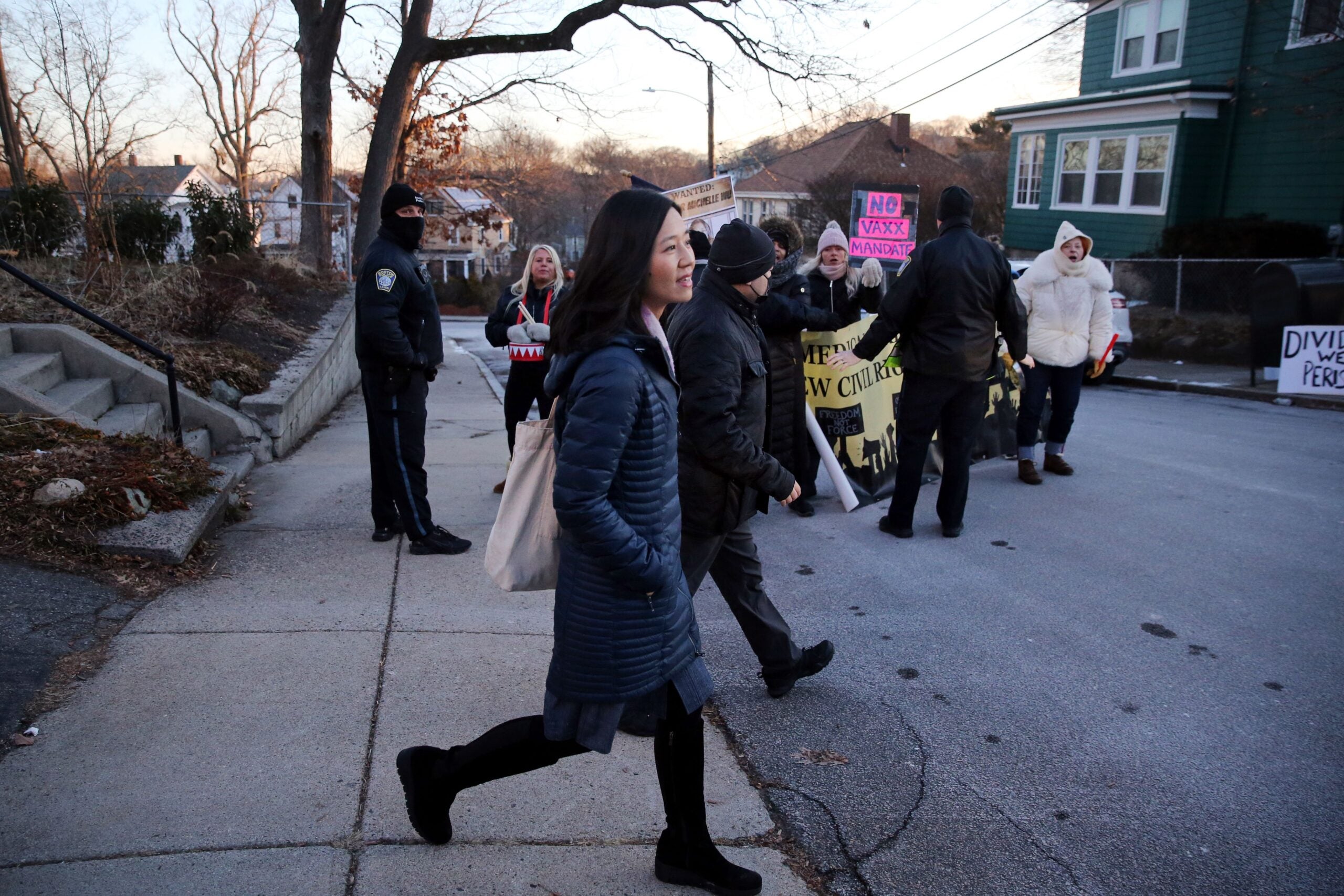 The protesters were issued fines on Friday, the day after Wu signed the ordinance into law, and two days after it was approved by the City Council in a 9-4 vote.

People have gathered outside Wu’s home in the city’s Roslindale neighborhood as early as 7 am to protest her city worker vaccine mandate. They shout, bang drums, and blow whistles, disturbing not only the mayor’s family, but also her neighbors, according to administration officials.

The new measure proposed in February allows protesters to demonstrate outside an individual home only between 9 am and 9 pm It protects any home, not just those of elected officials.

Critics have said the new restrictions could curb people’s First Amendment rights, but the administration has said it is constitutional.

Catherine Vitale, a regular protester outside of Wu’s home, told The Boston Globe in a statement that protesters did not know the ordinance had taken effect Friday.