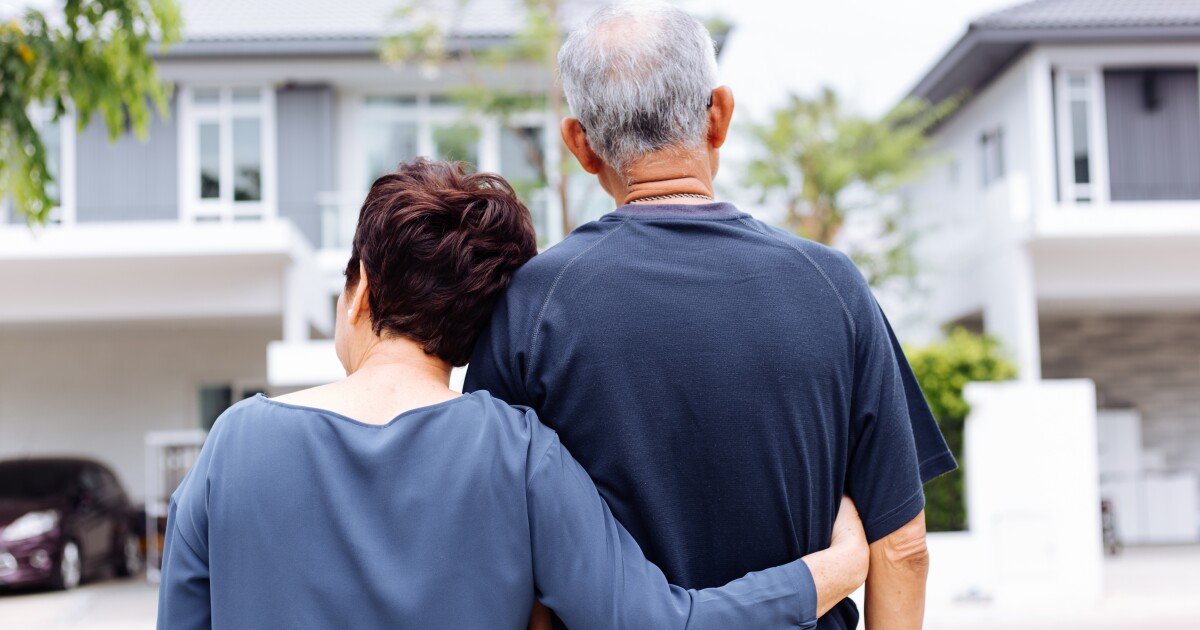 Aging baby boomers leaving their existing homes either through downsizing or death will have minimal impact on housing inventory and prices over the next decade and beyond, a report from the Mortgage Bankers Association’s Research Institute for Housing America found.

More than 4 million existing homes from the aging and mortality of older homeowners will come on to the market each year through 2032. But sustained homebuyer demand from population growth and younger-generation households should lead to minimal excess housing supply, the study found.

“America is growing older, with baby boomer homeowners totaling 32 million as of 2019 and increasingly becoming a larger source of existing homes for sale – 4.4 million units annually – as they transition to other housing options or pass away,” Gary Engelhardt, author of the report and professor of economics at the Maxwell School of Citizenship and Public Affairs at Syracuse University, said in a press release. “Based purely on changing demographics and population growth, there is enough homebuyer demand to meet most of the existing inventory that will come onto the market over the next decade and beyond from older homeowners.”

The total baby boomer population – those born between 1946 and 1964 – is estimated to be approximately 71 million people, according to Statista.

Gen X, born between 1965 and 1980, consists of 65 million people, while millennials, the current leading home purchasing generation, who were born between 1981 and 1996, are the largest grouping at 72 million. Gen Z, the oldest members of whom are just entering the home buying markethas 67 million people.

Listings by older homeowners are an important source of supply of existing homes for sale, which right now is still constrained as the twin effects of rising prices and rising mortgage rates, dissuades potential sellers of all ages from moving.

“While rising mortgage rates will continue to cool demand, it will also keep existing homeowners locked into their homes,” First American Financial’s Chief Economist Mark Fleming said in its most recent Potential Home Sales Model press release. “You can not buy what’s not for sale – and existing homeowners have little incentive to relieve supply pressure, keeping a lid on housing market normalization.”

The average length of time someone lives in their home reached a historic high of 10.6 years in May, Fleming said.

Some housing industry estimates suggest that one-quarter of current owner-occupied homes will come on the market by 2040, the RHIA report said. Yet this latest research discounted that the new inventory will cause the “Silver Tsunami“that Zillow forecasted in a 2019 report.

“Although it is a powerful metaphor, a tsunami is a sudden and unexpected event,” Engelhardt stated in the report. “In contrast, population aging and mortality, as the analysis has shown, is slow moving and largely predictable. A more accurate metaphor for the aging of the Baby Boom might be a glacier – massive and slow-moving.”

In 2019, 2.6 million Americans 50 or older died, with 1.6 million of those being homeowners. The property being conveyed to the surviving spouse covered approximately 500,000 of those.

“Therefore, the supply of homes for sale from the mortality of older Americans was 1.1 million units in 2019,” the report said. That represents one-quarter of the 4.4 million total of supply created from older homeowners deciding to sell.

In turn, prior to the pandemic, the total annual demand for homes for sale from older homeowners was 4.2 million units. About 20% of this is rental housing of what were formerly owner-occupied units.

This will add just 250,000 units to the market annually as seniors age and die, the report said.

After 2032, things will change, as demographics are more favorable to demand, with a larger share of millennials making up the overall population besides any general growth in US residents. It also includes the continued conversion of previously owner-occupied units to rental housing.

“Over the next decade, the excess supply of homes from demographic change will constitute a non-trivial share of current new housing starts and completions, which suggests that most of the adjustment to aging and mortality will be through a reduction in the growth of new housing and some softness in the rental market, “Engelhardt wrote.

Because aging and mortality are slow moving and predictable, it is unlikely the additional home sales inventory it creates will lead to any measurable effects on pricesEngelhardt continued.

Engelhardt admitted however, this research was national in scope but the older population is not spread out across the country evenly.

The Zillow report argued that cities in the South and West with large retiree populations would be disproportionately affected by a Silver Tsunami. “This is undoubtedly true and important, but beyond the scope of analysis due to data limitations,” Engelhardt continued, but such information should be used for future projections of supply and demand.

Furthermore, while RHIA research is informed by past behavioral patterns regarding aging and the housing market, baby boomers “may have different tastes and resources for housing as they age relative to previous cohorts,” Engelhardt said.