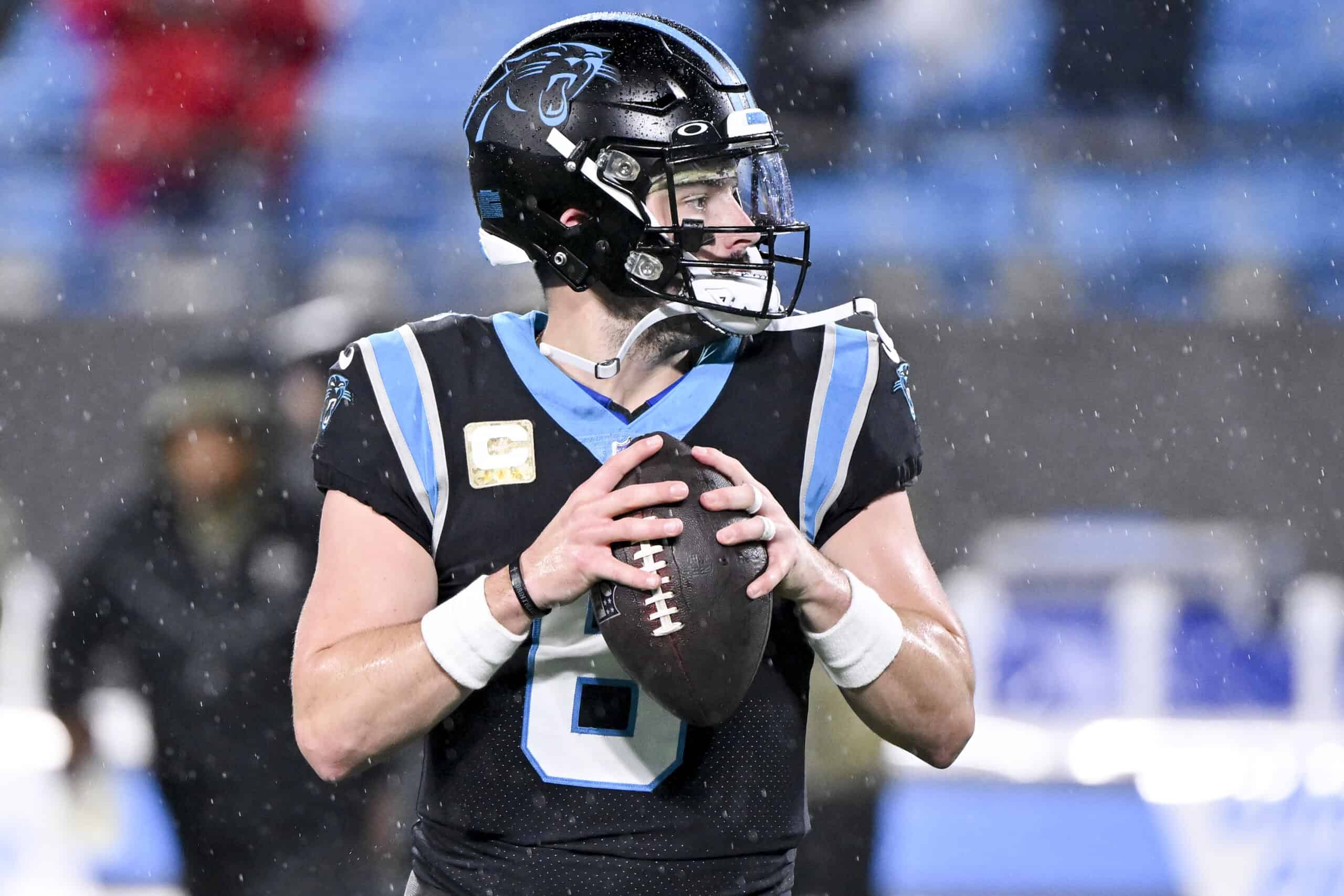 After his release from the Carolina Panthers, much speculation has arisen about Baker Mayfield and his future in the NFL.

While there was a league-wide assumption that the San Francisco 49ers would put their hat in the ring for Mayfield, coach Kyle Shanahan has his apprehensions.

Former Panthers QB Baker Mayfield is expected to be claimed on waivers today. The team that claims him will inherit the remaining $1.35 million on his contract. Mayfield is unlikely to land in SF. “We look into everything but that would surprise me right now,” said Kyle Shanahan.

This might be a smoke screen by Shanahan in a public setting, who could still place a claim on Mayfield.

The need for the 49ers at quarterback comes from the unfortunate injury to Jimmy Garoppolo.

In Sunday’s game, Garoppolo suffered a broken foot injury, and will not play for the remainder of the 2022 NFL season.

For starters, they might sign Mayfield just to have a backup to the current starter, Brock Purdy.

Dubbed “Mr. Irrelevant” from the 2022 NFL Draft, Purdy will certainly get a chance to keep the job, especially given he was able to pull out a win against the Miami Dolphins on Sunday.

Although 49ers coaches and the front office haven’t mentioned this directly, one can only assume that Purdy will be put on a short leash this week.

Late on Sunday, it was announced that the 49ers had signed Josh Johnson off of the Denver Broncos practice squad, who will effectively act as Purdy’s backup.

Whether Mayfield adds to the mix remains to be seen.

With the 49ers currently holding a one-game lead on the Seattle Seahawks in the NFC West, it is paramount that they put their best team on the field.

Shanahan will have to determine if the combination of Purdy and Johnson will have the ability to get the job done.