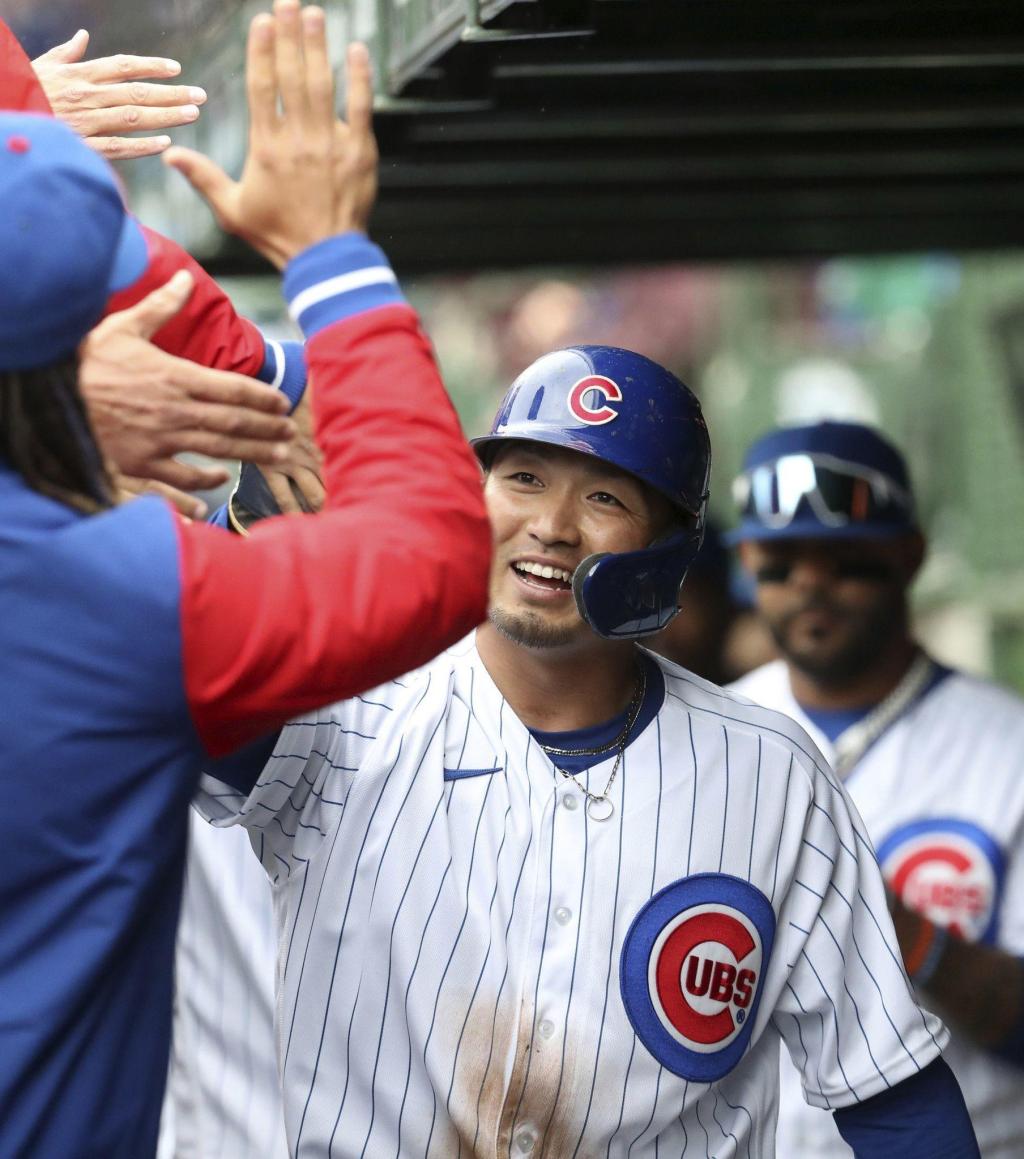 Rafael Ortega’s baseball journey has endured plenty of challenges, taking him to seven major-league organizations with 11 years between his big-league debut and playing for the Chicago Cubs.

Among all the highs and lows, Ortega had never experienced the excitement that comes with being on a major-league team for opening day – until Thursday. Ortega was not a lock to make the Cubs out of camp with six outfielders on the 40-man roster. But expanded rosters, no minor-league options and slugging off right-handers last season helped Ortega make the opening-day roster – and with it a career first.

Ortega’s wife and two children watched him hit leadoff as the designated hitter Thursday in a 5-4 win against the Milwaukee Brewers at Wrigley Field.

Rucker found out he made the team Monday. He was pulled off Field 1 at the Cubs ‘complex in Mesa, Ariz., During batting practice and brought to manager David Ross’ office. Rucker got a taste of the majors last season, appearing in 20 games. He did not want it to be a one-time experience.

“Those kinds of conversations, at some point you’re going to have one and then you just pray that it’s going to be a good one,” Rucker said of the waiting game to make the roster. “I just hoped that the preparation that I did over the offseason, and then what I showed in the camp, would be enough to have them trust in my ability to be able to contribute to this team starting with opening day.”

Rivas’ .388 on-base percentage stood out during his 49 plate appearances in 2021 before a tendon injury in the middle finger of his right hand prematurely ended his season. The left-handed-hitting Rivas’ positional flexibility – able to man first base and the corner outfield spots – as well as his knack for pinch hitting (4-for-6 with an RBI and two runs last season), is valuable.

Andrelton Simmons’ move to the injured list to open the season with right shoulder soreness paved the way for Rivas.

“Seeing the vibe that’s in here, the happiness each guy brings out just walking through this locker room, it’s awesome,” Rivas said. “It’s an accomplishment of itself for sure.”

Suzuki thought he would be nervous going into his major-league debut, but the Japanese star was not, noting “it was actually really fun.”

“In all my at-bats I was able to be myself and enjoy the game today,” Suzuki said through interpreter Toy Matsushita.

The approach and great understanding of the zone Suzuki showed during camp was evident in each of his plate appearances Thursday. Suzuki fell behind 1-2 in his first at-bat against Milwaukee Brewers starter Corbin Burnes before drawing a six-pitch walk. He followed that up with a single to left field on an 0-1 slider from Burnes in his second PA.

Suzuki again turned a 1-2 count into a walk, this time an eight-pitch battle versus left-hander Aaron Ashby in the sixth. Suzuki was bested in his final PA facing reliever Jake Cousins, taking three consecutive pitches for a strikeout looking.

It’s just one game, but Suzuki’s adjustments and understanding of the zone was obvious.

“I’ve been able to grasp the feeling of the game with all these at-bats coming from spring training and opening day,” Suzuki said. “Obviously all these pitchers have a different way of pitching in terms of motion and their pitch sequences.”

Suzuki’s first big-league hit off Burnes, who won the National League Cy Young award last year, is even more impressive in retrospect after the Cubs right fielder explained postgame he never had faced that type of cutter.

“I’ve never seen that much movement and that much power at the same time,” Suzuki said. “But obviously you have to get those results against great pitchers to succeed at this level.”

When the Cubs officially announced their 28-man opening-day roster Thursday morning, Alec Mills’ inclusion on the 10-day injured list was notable. The Cubs had not mentioned any ailment Mills was dealing with during camp, but a low back strain means he is not eligible to join the team until April 14 at the earliest. Hoyer indicated Thursday that it could potentially be a minimum IL stint for Mills.

Ross said the decision to put Mills on the IL was due to “a lot of precaution” with the right-hander. Mills experienced some back tightness after he threw a bullpen Saturday. He threw again Tuesday, but his back did not feel good afterwards.

With Monday’s off day, the Cubs will not need a fifth starter until April 16 at Coors Field against the Colorado Rockies. Mills could be an option for that game, but in the meantime the Cubs lose a proven multi-inning, versatile arm in the bullpen. Mills, 30, pitched multiple innings in seven of his 12 relief appearances last season, complementing his 20 starts. Without Mills, the Cubs might need to do more mixing and matching in shorter spurts with right-hander Keegan Thompson and left-hander Daniel Norris as their main long-relief options.

David Robertson gets first chance to be go-to option in the ninth.

Ross would not commit to a singular closer when the topic was broached during spring training. He did not want to lock one guy into the role. The Cubs have options to go with mix-and-match choices, both veteran relievers, such as Mychal Givens, Chris Martin and Robertson, as well as intriguing choices including Rowan Wick, who recorded nine saves over the last two seasons, and Ethan Roberts with his 17 minor-league saves.

The Cubs quickly tested Ross’ late-inning bullpen approach. He called on Wick to hold a two-run lead in the eighth, but Wick couldn’t toss a clean inning. He surrendered a run on a one-out sacrifice fly to trim the lead to 5-4, prompting Ross to replace Wick with Givens, who got the final out of the eighth on a full-count strikeout to strand the tying run on second.

Robertson handled the ninth with relative ease, working around a one-out single. Solidifying the back end of the bullpen would go a long way toward helping the Cubs figure out how to utilize a group that currently features three inexperienced relievers – Roberts, Michael Rucker and Scott Effross.

Robertson got the first opportunity, but it would not be a surprise if others get a chance, especially during April.

It has been a long time since the Cubs infield featured so many new faces to start the season.

Anthony Rizzo manned first base on opening day dating to 2013, while Kris Bryant (2016) and Javier Báez (2017) were staples too. The Cubs debuted an entirely new infield against the Milwaukee Brewers, a blend of last season’s unexpected standouts and, the organization hopes, their double-play tandem for years to come.

If it was not clear yet that the Cubs are moving on from the last couple of years, look no further than the new infield alignment.