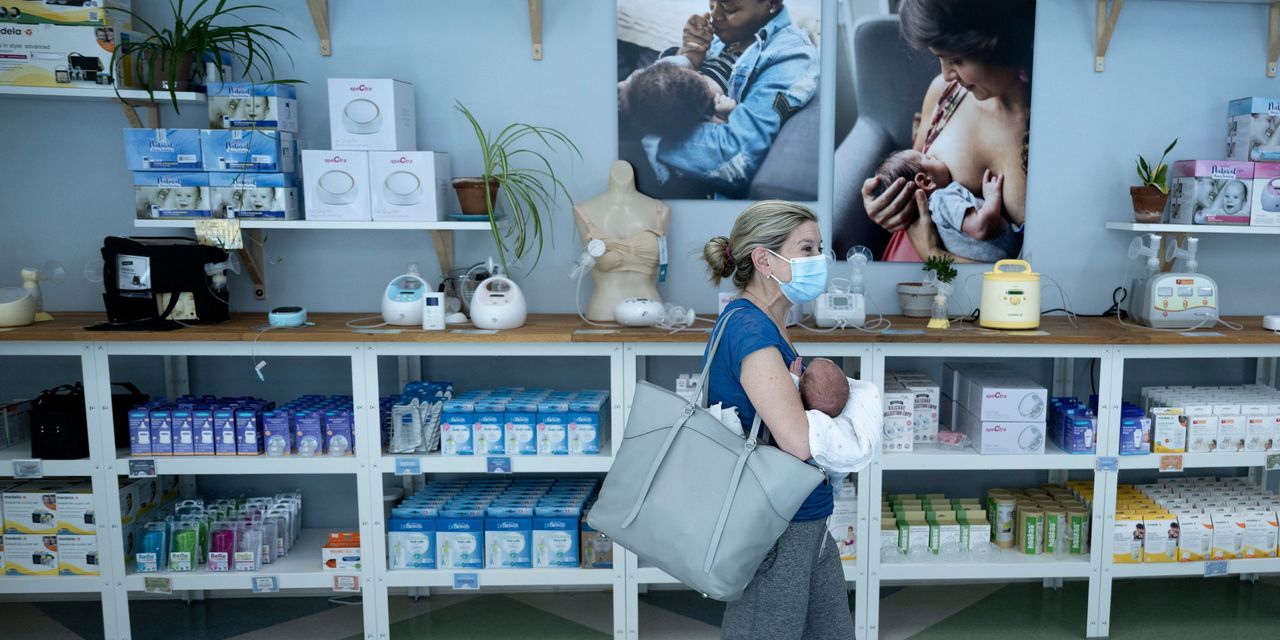 What can be done to prevent shortages of baby formula, tampons and other consumer products?

The US Senate’s Competition Policy, Antitrust, and Consumer Rights Subcommittee held a hearing this week to look at the baby-formula market in the US, and broader issue of supply-chain issues.

A national infant formula shortage has forced some desperate parents to run long hours and scour stores and websites to find a formula for their babies. For the seven days ending May 29, 73% of baby formula products nationwide were out of stock, according to Datasembly, a retail-tracking group. And in some states such as California and Georgia, the out-of-stock rates were at more than 90%.

Baby formula is not the only product vulnerable to sudden shortages; many industries are overly consolidated and overly reliant on a few big players, said one expert at the hearing.

“There are dozens, if not hundreds, of industries that would result in effects that would be far more devastating than what we’ve seen here,” Barry Lynn, executive director of the liberal think tank Open Markets Institute in Washington, DC, told the Senate hearing of the baby-formula supply-chain shortage.

One example: more than 95% of ingredients in generic drugs come from China, and their supply could easily be disrupted by diplomatic issues between the US and China, Lynn said.

Baby formula stock was already running low before Abbott Laboratories, which controls 40% of the formula market, closed a Michigan manufacturing facility in February. As such, experts say the infant formula shortage was a storm waiting to happen. For decades, the US infant formula market has been controlled by just a few major players.

Heavy tariffs and strict labeling regulations from the US Food and Drug Administration have made it difficult for other players to enter the market, analysts say. In fact, the onerous process to become a baby-formula manufacturer in the US has resulted in only one new manufacturer successfully registering with the FDA in the past 15 years, said Scott Lincicome, director of general economics and trade at the libertarian think tank Cato Institute , at the hearing.

“Today’s producer concentration and any resulting problems are primarily the result of federal government policy, not any sort of natural, private-market failure,” Lincicome told the hearing.

“I’m really frustrated,” said Sen. Cory Booker, a Democrat from New Jersey, at the hearing. “Four companies have gained control over the formula market through acquisitions. It leads to a lack of innovation and leads to a lack of resiliency and a consolidated market. ”

are the four major players in the baby-formula market in the US The Biden administration invoked the Defense Production Act on May 18 to speed up formula production and import formula from abroad for additional supply.

Abbot, Mead Johnson Nutrition and Nestlé USA did not respond immediately to a request for comment. A Perrigo spokesman said the company’s products constitute about 8% of the total infant formula market. “The Company is doing everything possible to provide as much infant formula to its retail partners during this challenging time,” the spokesman told MarketWatch. “During the three months ending March 31, 2022, we shipped 37% more formula vs. the same period last year. ”

While US businesses and consumers have encountered numerous shortages due to supply chain disruption during the COVID-19 pandemic, infant formula is different from industries such as semiconductors and automobiles: Just 2% of baby formula products are imported into the US

Tariffs on infant formula range can be as high as to 17.5%.

Carney said breast milk is the optimal choice for infant nutrition, but not all mothers are able to support their babies this way. Many mothers set out to breastfeed but have problems doing it, either because of a lack of educational support or other road blocks, such as going back to work.

“Many mothers may start out breastfeeding, and then they breastfeed for a few weeks for as long as they have maternity leave,” Carney said. “And I’ve noticed a huge drop once mothers have to return to work.”

Most employers and workplaces do not provide mothers with a private, clean place for mothers to pump their milk, Carney said, and mothers may feel embarrassed or concerned about retaliation if they take breaks during work to pump. Lower-wage mothers can be subject to discrimination, Carney said.

It’s also a logistical challenge; breast milk must be refrigerated and stored in special storage bags or clean, food-grade containers, according to the US Centers for Disease Control and Prevention. Moms who want to pump at work and transport the milk back to their babies need to have all of this equipment with them, as well as a place to plug in the breast pump and keep the milk cool.

Carney used the example of a new mother working at a fast-food outlet. “What are you going to do if you gotta go take a break and say, ‘Oh, watch the window. ‘I gotta go to pump my milk?’ They’re just not able to do that. It’s just not accepted as the norm, ”Carney said.