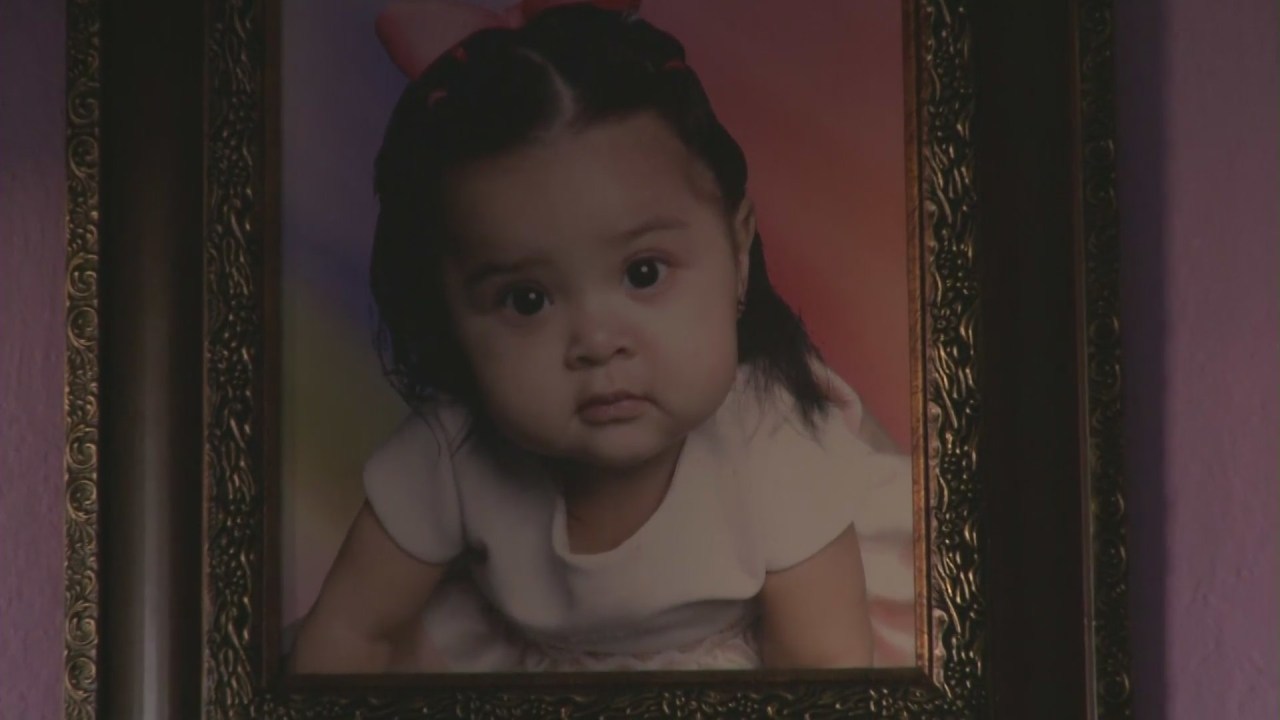 A 3-year-old girl remains hospitalized Thursday after falling out of a third-story window earlier this month.

On Feb. 11, Santa Ana police responded to an alley off 15th Street, where they learned a child got onto a couch, leaned up against a window and fell out, landing in the alley, Sgt. Maria Lopez told KTLA.

Police say they do not know if there was a screen on the window.

Doctors told her family there are two potential scenarios, the girl’s mother, Wendy Liborio, told police in Spanish. The first was that she may not live through her first surgery – but she did. The second was that if she did live through the surgery, there was a possibility that she would not be able to walk or speak again.

But so far, her progress has been great, Liborio says, adding that she hopes that with her faith, her daughter’s condition will continue to improve.

Homicide and child abuse detectives from the Santa Ana Police Department went to the home Thursday to drop off some gifts for the family. They say this is not a criminal case but rather a terrible accident.