3 Stocks That Are Flirting With a Bottom; Analysts Say ‘Buy’ 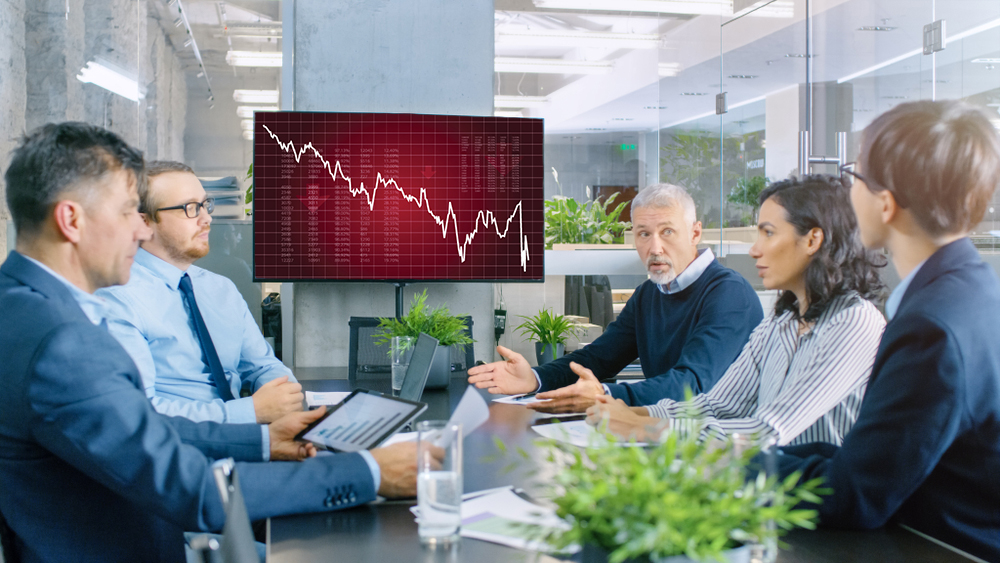 Investor concerns have yet to abate, with worries given some added impetus this week when Fed Chair Jerome Powell said that the central bank is expecting interest rates to rise to 5.1% by the end of 2023. At that rate, many economists fear that a recession is inevitable.

In fact, as a sign that recession might be on the horizon, November retail-sales data showed the biggest drop in over a year.

The immediate result was a sudden drop in stocks across the board, but the unintended consequence may be new opportunities for investors. With markets pulling back, it may just be time for investors to go bottom fishing.

So, let’s get a look at some stocks that are languishing in the doldrums. Using the TipRanks platform, we’ve pulled up details on three stocks that are down more than 40% so far this year – but that also still boast a Strong Buy rating from the Street’s analysts – and upside potential starting at 40% or better. Here’s the lowdown.

We’ll start in the real estate business, where Tricon Residential is the largest owner/manager/operator of rental properties in North America. The company, which operates as a real estate investment trust (REIT), has a portfolio that includes over 35,000 single-family rental homes, 7,700 stabilized multi-family rental apartments, as well as over 4,200 additional apartment properties under development, across 21 US states plus the Canadian province of Ottawa. The company’s total assets under management (AUM) comes to $17.6 billion, with another $9.4 billion in third-party AUM.

The company’s financial results are driven by the SFR (single-family rental) fundamentals – the core of its business. In 3Q22, Tricon showed $170.8 million in revenue from that source, compared to $115.1 million in the year-ago quarter. The gain was built on two factors – an expansion of 29.7% year-over-year in the single-family rental portfolio, and an 11.4% y/y increase in the average effective monthly rent.

The increase in rent was a reflection of the persistent inflationary environment; but while that helped boost Tricon’s top line, the Fed’s response – higher interest rates – hurt at the bottom line. Tricon’s net income showed only modest y/y growth, from $174.3 million to $178.8 million, while diluted EPS fell from 80 cents to 49 cents.

As for the stock’s performance, Tricon hasn’t been unable to withstand the negative trends of 2022; the shares are down 48% this year.

“We remain bullish on the longer-term outlook for SFR fundamentals and believe Tricon is well positioned for healthy organic growth over the next few years, which should more than offset the negative impact on cash flow from higher interest rates,” Koutsikaloudis explained. “Further, management has done an excellent job of delevering the balance sheet over the past two years, which positions the company to take advantage of future acquisition opportunities…”

Following from these comments, Koutsikaloudis gives Tricon shares a Buy rating, with a $12.50 price target to suggest ~61% upside for the year ahead. (To watch Koutsikaloudis’ track record, click here)

Overall, there are 9 recent analyst reviews on this leading real estate company, including 6 Buys and 3 Holds (i.e. Neutrals), for a Moderate Buy consensus rating. The stock is currently trading for $7.78 and its $10.90 average price target implies a 12-month upside potential of 40%. (See TCN stock forecast on TipRanks)

The second beaten-down stock we’re looking at is Arteris, a tech firm with an interesting niche in the silicon semiconductor chip industry. Arteris produces network-on-chip (NoC) technology, along with semiconductor intellectual property and IP deployment technology; in short, the company makes high-end, specialized ships for a range of applications, including AI and IoT, mobile phones, cameras, and SSD controllers. Arteris counts among its customer base such major names as Baidu, Mobileye, and NXP Semiconductors.

A look at Arteris’ recent quarterly report, for 3Q22, shows some solid results, including a 41% year-over-year increase in revenue, to $12.6 million. Two additional metrics, that support the revenue stream, are the annual contract value (ACV) and the trailing-twelve-month (TTM) royalties, both of which were up 17% y/y. Looking toward future revenues, the company’s remaining performance obligation (RPO), or the work backlog, also showed a 17% y/y increase, to $59.3 million.

So Arteris has a good revenue stream, but is currently running a steep net loss. The quarterly net loss of $7.7 million was up 71% from the year-ago period. On a non-GAAP, per-share basis, the company recorded a 13-cent loss, compared to 12 cents in the prior year.

A lack of profitability in the current climate is not a welcome look, and Arteris shares are down 84% year-to-date.

“We note strong royalty-based revenue in the quarter despite the ongoing macro weakness as seen elsewhere in semis. Management expressed confidence in the resiliency of the business model not just in royalties but also on the licensing side. In fact, with ten new licensing agreements inked the quarter, it was one of the most active periods on record for the company. In our view, this is a positive indicator for customer behavior in any potential downturn. We also note Arteris maintains a 95%+ retention rate, which provides an established design win pipeline and visibility into out year revenue,” Ramsay opined.

Quantifying his bullish stance, Ramsay puts an Outperform (i.e. Buy) rating on AIP, along with a $12 price target indicating his confidence in robust upside of 248% for the next 12 months. (To watch Ramsay’s track record, click here)

Overall, Arteris gets a Moderate Buy from the Wall Street consensus, based on 3 recent analyst reviews that include 2 Buys and 1 Hold (i.e. Neutral). The stock has an average price target of $13.33, suggesting an impressive 286% upside potential from the current share price of $3.45. (See AIP stock forecast on TipRanks)

Outbrain is a web recommendation platform, using sophisticated algorithms to populate the suggested links you see on the webpages you visit. This is a vital niche, one that web publishers will pay handsomely for, as it can power audience acquisition, engagement, and retention. The company, which was founded in 2006, aims to replicate the experience of turning the page on a newspaper, and works with both online advertisers and web publishers. Outbrain’s network is currently active in more than 55 countries, on more than 7,000 online properties, and makes over 344 billion monthly recommendations.

High inflation has put pressure on advertiser’s budgets, as well as on customer’s purchases. The result, for Outbrain, has been a fall-off in revenue since 4Q21.

The reduction in net loss bodes well – but Outbrain also reported a cash burn in the quarter. The company’s free cash flow came in at a negative of $15.8 million, in an unfavorable comparison with the $30.7 million positive net cash from 3Q21.

This is another stock that has suffered badly in 2022’s bear; Outbrain shares have lost 76% year-to-date. However, taking a clear view of Outbrain’s current situation, JMP analyst Andrew Boone remains optimistic.

“While demand remains challenged and revenue visibility is limited, Outbrain continues to consolidate the industry as it is now the exclusive recommendation partner for four of the top five publishers in the U.S. and Israel, eight of the top ten in France, and six of the top ten in Germany and in total has added more than $100M of annualized new publisher revenue from recent wins,” Boone noted.

“With CTRs (click-through rates) also improving in 3Q and SmartLogic adoption continuing to grow, we view recent challenges as macro related (rather than execution) and believe as the advertising cycle turns, revenue can accelerate with multiples also rerating higher,” the analyst summed up.

Overall, this web recommendation firm has 5 recent analyst reviews on file, and they break down 3 to 2 in favor of Buys over Holds (i.e. Neutrals), giving OB its Moderate Buy analyst consensus rating. The stock is selling for $3.39, and the $6.40 average price target suggests ~89% upside on the one-year horizon. (See Outbrain stock forecast on TipRanks)

To find good ideas for stocks trading at attractive valuations, visit TipRanks’ Best Stocks to Buy, a tool that unites all of TipRanks’ equity insights.