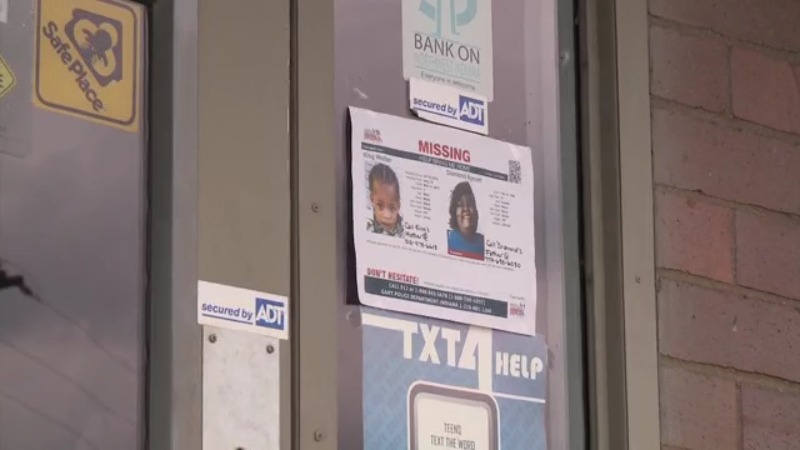 In the 20 years since the nation’s Amber Alert system first became a missing and murdered girl’s legacy the alerts have directly led to the recovery of 1,085 children; but there are families who feel excluded from the hope the notifications offer.

“I believe if we would have got the Amber Alert we would not have been at this point right now… I think they would have been home with us right now,” said La Shann Walker who is the mother and grandmother of two people who have been missing for nearly seven years.

King Walker was just two years old when he vanished in Gary, Indiana with his 21 year-old relative Diamond, whose mother said has significant special needs and could not care for herself let alone a toddler. King’s grandmother says the family begged Gary police to issue an Amber Alert but were repeatedly rebuffed because detectives said they did not have sufficient evidence to prove they had been abducted or identify a suspect.

Due to the success and widespread publicity of Amber Alerts many states have added other types of notifications. There are Blue Alerts to help track people suspected of killing or severely injuring a police officer and Silver Alerts for missing senior citizens. Illinois also has “endangered missing person advisories” which transmit vehicle information to electronic road signs. Last year 132 “endangered missing person advisories” were issued in Illinois with all but one resolved, according to state police.

Of the 203 Amber Alerts issued nationwide in 2020, 70% of the alleged abductors had known relationships with the child. That indicates the type of “stranger danger” scenarios many parents fear are not behind most abductions. Last year, Illinois had five Amber Alert activations which state police say led to five children being recovered successfully.

Still, the program has its critics. “The majority of alerts do nothing,” said University of Nevada-Reno assistant criminal justice professor Timothy “Skip” Griffin said after studying the program he branded as “crime control theater.” Griffin’s research concludes most “successful” Amber Alert cases in which the child is recovered unharmed would’ve likely ended that way even if no alert had been issued. “In the rare category of case where the offender is motivated to really do the worst thing – the things that scare you and me – there’s nothing we can do… that’s the brutal truth.”

Griffin encourages law enforcement to be more transparent with the public about the limitations of the system and the strict criteria used that lead to the high resolution rate.

After hearing about Amber Alerts for years, King Walker’s family still feels abandoned that the toddler’s disappearance did not trigger an alert. Nearly 7 years after the disappearance, the family says even Gary police have stopped responding to their inquiries. “They can not speak for themselves and so right now I guess I’m the only one that’s fighting,” said La Shann Walker.

Gary police did not respond to WGN Investigates’ request for comment.