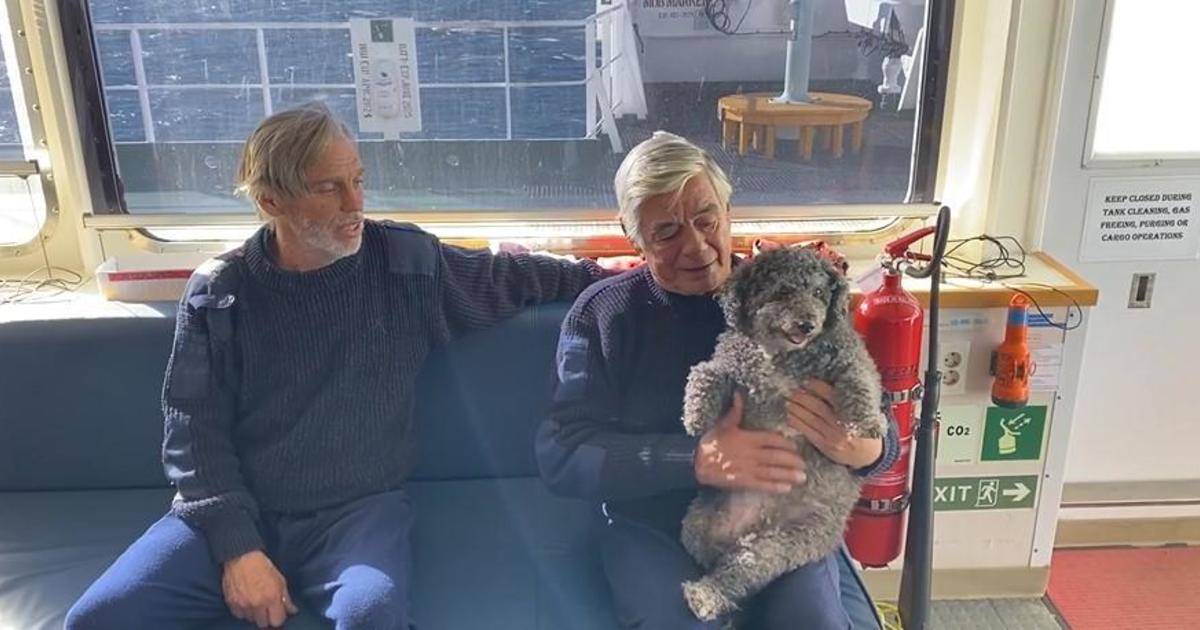 Two men and a pet dog were rescued from a sailboat without power or fuel more than 200 miles off Delaware, 10 days after friends and relatives had last heard from them, the U.S. Coast Guard said Tuesday.

Kevin Hyde, 65, and Joe Ditomasso, 76, were sailing from Cape May, New Jersey, to Marathon, Florida. But they disappeared after their Atrevida II sailboat left North Carolina’s Outer Banks on Dec. 3.

The Coast Guard was notified Sunday that the two sailors were overdue and launched a search that would stretch from Florida to New Jersey, the agency said. Coast Guard cutters and aircraft participated in the search along with ships from the U.S. Navy and commercial and recreational vessels.

On Tuesday, Hyde and Ditomasso waved their arms to draw the attention of the crew of the Silver Muna tanker ship off Delaware’s coast, the Coast Guard said.

The sailboat’s lack of fuel or power rendered its radios and navigation equipment inoperable, according to the Coast Guard.

In a news conference Wednesday in New York, Hyde praised the “diligence” of the crew of the Silver Muna.

“And they found us, and they realized that we were on board and we were waving and stuff like that,” Hyde said. “Because by that time my masts were down, all systems were mute. We were just kind of hanging out in the boat…He backed up, he saw us, and he came around and he picked us up. It was amazing. It’s like finding a needle in a haystack in this situation.”

Ditomasso added that the two went without drinking water for the final two days prior to being rescued, and were forced to rely on extracting water from beans they had aboard.

“And I bought these beans,” Ditomasso told reporters. “And the best part about the beans, they have water in them. They were soaked in water. And we were taking sips at a time.”

The men and the dog were brought aboard the tanker shortly after 4 p.m. An evaluation by the ship’s medical staff revealed no immediate concerns, the Coast Guard said.

After arriving in New York Harbor, the Coast Guard evaluated the two men further before reuniting them with their family and friends.

“This is an excellent example of the maritime community’s combined efforts to ensure safety of life at sea,” Daniel Schrader, a Coast Guard spokesman said in a statement.

Cmdr. Schrader also stressed the importance of sailors traveling with what’s commonly known as an “EPIRB” or Emergency Position Indicating Radio Beacon. It allows people on a boat to immediately make contact with first responders in an emergency.