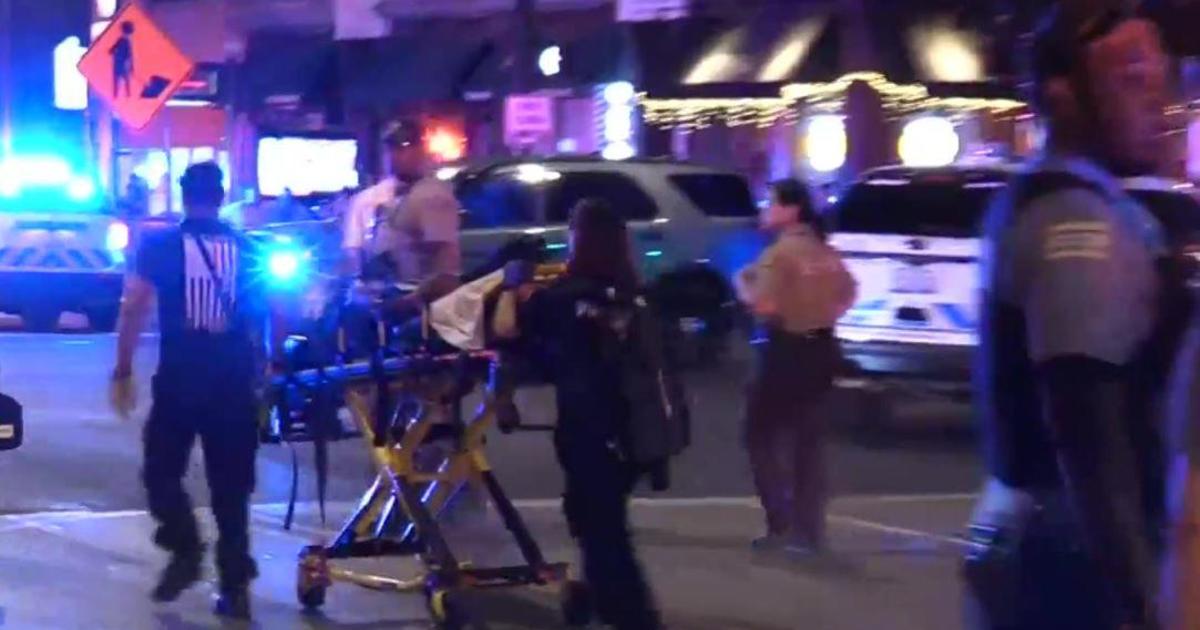 Mass Shooting Trends In US, Chicago

CHICAGO (CBS) – So far in 2022, there have been 206 mass shootings in the United States, including 10 in Chicago, according to data from the Gun Violence Archive.

A total of 216 people have died and seven of those deaths happened in Chicago. Nationwide, 876 were injured, including 45 in the city.

For comparison, in other large cities this year, Los Angeles has had two mass shootings, while New York had three so far. Excluding the recent Buffalo grocery store shooting where 10 were killed in one incident, other cities have fewer incidents but more deaths:

A mass shooting is when at least four people are shot, not including the gunman.

Brown said there were reports of an argument between two groups in the 800 block of North State Street. Video shows officers breaking up physical altercations between the groups.

Brown said after firing into a group outside the Chicago-State Red Line station – the suspect fled, and officers chased him to the CTA Red Line platform. The group followed the shooter into the Red Line tunnel. Police said officers captured the shooter and recovered the weapon.

A second person obstructed officers at the scene – charges are pending.

A third female in the group also fled and was shocked on the CTA tracks. She is listed in critical condition.

Brown said another individual from the group handed the suspect the gun. An investigation is underway.

Brown credited the officers stationed in the area, leading to the arrest.

When asked about the cleanup, he says that this is an ongoing crime scene and wants to make sure that they have collected all of the appropriate evidence in the case.

Charges are pending for two and possibly three individuals involved.

No word on what caused the fight. Name and age of the suspects will be released after the offender is charged.

CHICAGO (CBS) – The suspect shot into a crowd of people just outside the State Street Red Line station, police say.

The man, who has a criminal record, was captured on video surveillance opening fire into the crowd and then running down the stairs into the subway station.

He ran into the subway tunnel with the gun, a Glock with an extended magazine, before being arrested.

Police say at least 21 shots were fired into the crowd. Several of the victims were shot multiple times.

Police initially said 10 people were shot, but revised that number to nine, with two deaths.

CBS 2 is not naming the suspect because he has not yet been charged.

CHICAGO (CBS) – We are learning more details about the victims in Thursday night’s mass shooting outside the Red Line station at Chicago and North State Street.

Anthony Allen, 31, died at Stroger Hospital about an hour after the shooting. He was shot in the lower back, officials said. A second man who died has not been identified. He died at Northwestern Hospital late Thursday after he was shot in the chest.

Seven others were wounded, police say – three women and four men. One of the men is in critical condition after he was shot in the stomach. The six other victims are listed in good condition at Stroger, Northwestern and Illinois Masonic hospitals.

Victim of mass shooting says 2 people killed were his friends

CHICAGO (CBS) – A victim of the mass shooting downtown shared what led up to the attack and said the two people killed were his friends.

The victim told CBS 2 he was eating inside McDonald’s, at State Street and Chicago Avenue, when he heard commotion outside.

When he went outside, he was shot twice. He was shot in the abdomen and suffered a graze wound to his leg. He was treated at a local hospital.

He said the two victims who died were his friends.

Eight other people were wounded, some of them seriously.

As CBS 2’s Marissa Parra reported, blood and emergency equipment was still on the streets and sidewalks near the shooting scene Friday morning.

Mayor Lori Lightfoot issued a statement on Friday morning, and has asked Chicago Police to post officers at the Red Line station stop and on the street at Chicago and State.

“An outrageous act of violence was committed last night in the area of ​​Chicago and State. I have been in frequent contact throughout the early morning hours with Superintendent Brown and his team, as well as President Carter of the Chicago Transit Authority (CTA), and I will continue to monitor developments throughout the day.

Area residents, commuters, and others simply must have the peace of mind that this highly trafficked area is safe, and it is time for more specific, concrete steps to be taken to address this area once and for all.

First, I have asked Superintendent Brown to install a fixed post of uniformed officers at the intersection of State and Chicago and a separate fixed post at the Red Line station in the same area.

Second, I have also engaged the Department of Business Affairs and Consumer Protection to determine what if any additional measures need to be taken to address long-standing concerns along that block. That work has already begun.

Lastly, I have asked the Chicago Police Department (CPD) and CTA to continue to work together to have our CPD Public Transportation Section with visible patrols of stations, platforms, and trains 24 hours a day, seven days a week.

Most importantly, it is simply awful, and unacceptable that once again, another tragedy occurs because firearms are in the hands of people who simply do not care about themselves or the value of another’s life. Our police department is hard at work to make sure those responsible for last night’s incident are held accountable, for the safety and well-being of us all. ”

Victims Treated On Street By Paramedics

CHICAGO (CBS) – As paramedics arrived, they found a chaotic scene with at least 10 people injured, many lying on the street.

The began to administer aid to the victims and several were transported by ambulance to Stroger, Northwestern and Illinois Masonic hospitals.

Two of those people have died. Eight others were wounded, some of them seriously.

As the sun rose, blood could still be seen on the sidewalk.

Police Break Up Fight After Shooting

Police had to step in to break up the melee as several people where throwing punches.

A man who lives in the area said he had just gotten home when two women ran into the lobby of his apartment in a panic.

“I saw two girls running in,” said Micha, who did not provide a last name. “The were crawling on the floor. They looked absolutely terrified. The just looked traumatized.”