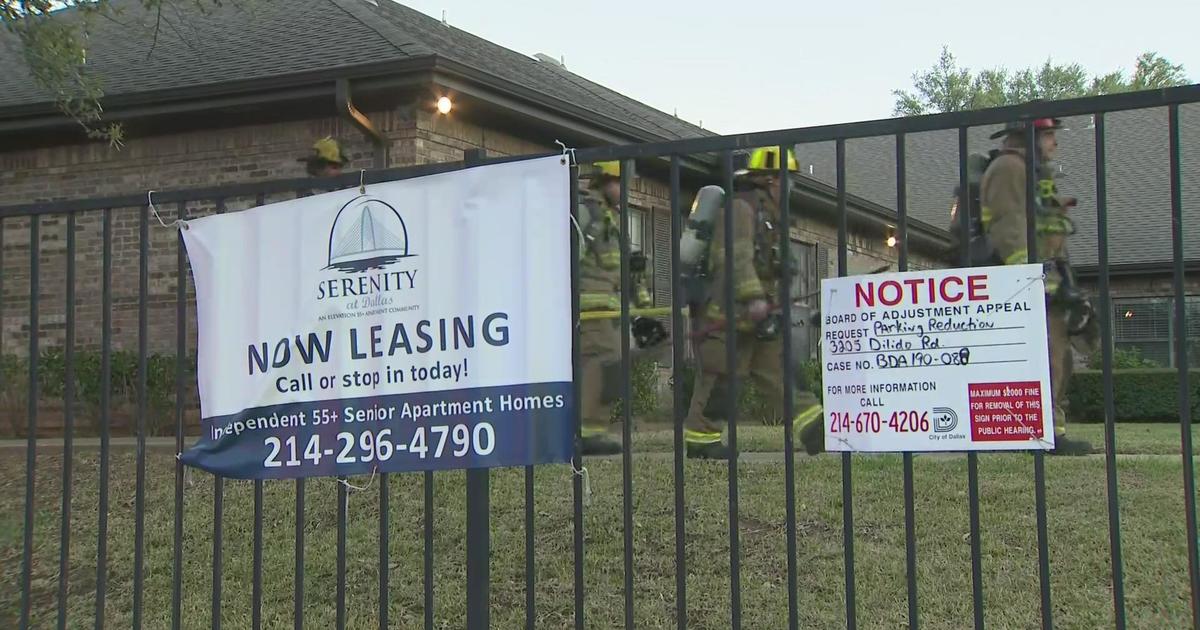 DALLAS (CBSDFW.COM) – Dallas Fire-Rescue is on the scene of a four-alarm fire at the Serenity at Dallas apartments.

On April 7 at about 6:33 pm, units were assigned to a 911 call for an automatic fire alarm at a senior living facility at 3305 Dilido Road in Northeast Dallas.

When the arrived, crews reported seeing smoke coming from the second story of the three-story building. The response was upgraded to a structure fire, then a two-alarm fire.

The call was upgraded to a three-alarm response because of a MAYDAY call, but the MAYDAY call was canceled in less than a minute. The circumstances leading to this are not yet known.

At about 7:19 pm, the response was upgraded to four-alarm. About 100 firefighters were called to the scene.

Two firefighters have been taken to the hospital with undisclosed injuries.

This is a developing story and will be updated as more information becomes available.