1899 on Netflix: That Bizarre Ending Explained 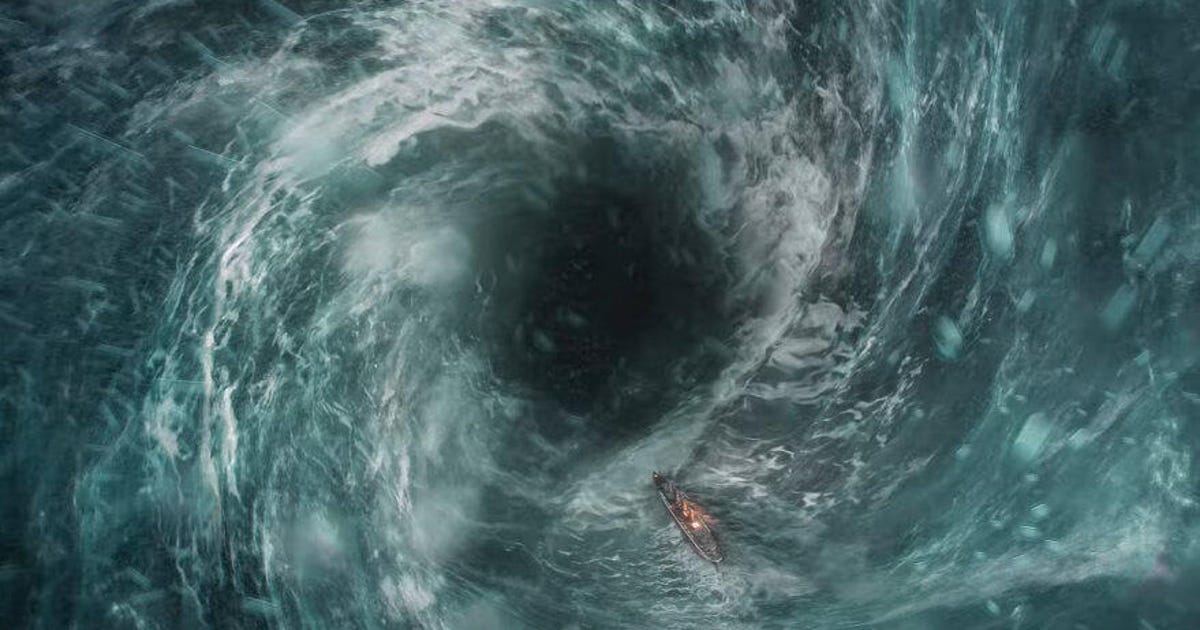 Warning: Spoilers ahead for the Netflix show 1899.

Don’t get confused — 1899 is not the latest series in the Yellowstone family. (The confusion is understandable — those shows also have four-digit titles, 1883, 1923, and 6666.) Instead, it’s a new Netflix drama set aboard a steamship traveling from England to the US in 1899, from the German creators of Dark, another Netflix series that CNET’s Mark Serrels raves about.

The show starts off as what appears to be a straightforward period piece with a little mystery. But complications start to grow, and the show piles layer upon layer, leading viewers to compare it to the much-buzzed-about drama Lost, which moved from seemingly straightforward plane-crash show to sci-fi and supernatural mystery series.

Let’s break down what’s going on, with plenty of spoilers.

Put on the subtitles

First off, before you watch the show, go into your streaming options and change it so the show displays subtitles rather than the dubbed version. As we explain, the characters come from many different countries and speak many different languages. But that’s part of the plot — there are scenes where we need to know that a character doesn’t understand another person’s language. The subtitles clear that up, while the dubbed version clouds the matter.

Most people will get a better experience if they set their audio to “English [Original]” and their subtitles turned on and set to “English [CC].”

The show is set on the steamship Kerberos, taking a group of people from London to New York. You’ll get Titanic vibes — some of the passengers are rich and living it up first-class in giant private cabins, while others are stuck in second or third class.

The characters are from all over the world and have very different backgrounds. Viewers soon learn everyone has a secret, and a reason to be fleeing Europe for the New World. The show begins by following Maura Franklin (Emily Beecham), a neurologist and one of the few female doctors in the UK, traveling alone. Her brother, Ciaran (though his name is hardly used), disappeared four months ago, at the same time that another steamship from this same boat company, the Prometheus, simply vanished while at sea. Heck yeah, that’s a promising beginning.

There are so many passengers and crew on 1899, all with fascinating backstories. But the show introduces them fairly slowly and distinctively, so they’re easy to keep separated in your mind. Here are just a few:

Eyk Larsen (Andreas Pietschmann) is the German captain of the Kerberos. He drinks — and you would, too — because he’s haunted by the horrific loss of his entire family in a house fire. When the Kerberos comes across the almost empty Prometheus, Eyk decided to tow the other ship back to Europe, which causes a mutiny, as few people on his ship want to return to where they came from.

Tove (Clara Rosager) is a pregnant woman from Denmark, and Maura helps her out early on with a pregnancy complication. She’s traveling with her family, but no husband, and there’s a horrific story behind her pregnancy. Family members are with her on the ship, including parents Anker and Iben, brother Krester and sister Ada.

Daniel (Aneurin Barnard), sneaks over to the Kerberos from the Prometheus, and is so mysterious that, at first, it’s hard to tell if he’s a good guy or a bad one. He definitely has some skills — he carries some kind of sliding panel that appears to make the ship vanish, and he releases bright green bugs that can open doors. But like everything on 1899, his role is complicated. Without giving too much away (full spoilers further down), he’s very important to Maura.

Ramiro (José Pimentão) presents himself as a Spanish priest, but there’s a story behind that, of course. He’s traveling with Angel (Miguel Bernardeau), a rich and handsome Spanish man, and they’ve got secrets, too.

Ling Yi (Isabella Wei) appears to be a lovely, young Japanese geisha, traveling with her stern-faced mother, Yuk Je (Gabby Wong). Their past begins to unfold and nothing, even their nationality, is as it seems.

Elliot, aka The Boy

A boy who seems unable to speak and is found aboard the Prometheus.

Clémence (Mathilde Ollivier) and Lucien (Jonas Bloquet) are French newlyweds who don’t seem to care for each other too much. He’s a French Foreign Legion veteran.

Jérôme (Yann Gael) is a French stowaway on board the Kerberos, and a war buddy of Lucien.

Virginia Wilson (Rosalie Craig) is a British brothel madam who intends to market Ling Yi in America as a Japanese courtesan. Ling Yi, we learn, wasn’t the original woman intended for this role, but accidentally killed the intended woman while attempting to spike her drink and steal her place on the ship.

The Kerberos is a character all its own. This isn’t your typical 1899 steamship. There are secret passageways in some of the cabins that take passengers back to important days in their lives and bright green bugs that can open doors. A black material begins growing out of the walls and even affects Virginia’s hand, creeping up her body, like greyscale in Game of Thrones. And the ship’s name may be more familiar to many as Cerberus, the three-headed hound of Hades, who guarded the gates to the Underworld in Greek mythology, preventing the dead from leaving. Just as the passengers on the ship were (mostly) prevented from moving on.

What’s with that ending?

1899 has eight complex episodes, all of which slowly expose the secret pasts of the people on board and the secrets of the Kerberos. If that were enough, it’d be a satisfying but simplistic Agatha Christie-like story. But instead, this story wanted to be “Lost” at sea. The missing Prometheus isn’t just a missing boat, and strange supernatural and scientific happenings are afoot.

It’s all a simulation

But in the end, it turns out that the whole ocean voyage is a simulation created by Maura, who does not remember creating it.

Daniel is Maura’s husband, and Elliot was their son. When Elliot died, Maura tried to keep him alive by transferring his consciousness to the virtual world, where she and Daniel could spend time with him in a colorful, bunker-like playroom. And apparently genius Maura designed her simulation so others with dead loved ones could reunite with them.

Daniel is desperately trying to wake Maura up to free everyone. (“WAKE UP!” is a recurring motif of each episode’s beginning.) A key Maura has, and the pyramid Elliot is found with, will release everyone. But Daniel has changed the exit codes so they now reside in a different pyramid toy, and in Maura’s own wedding ring.

Maura’s father, Henry (Anton Lesser), the owner of the shipping company, is observing the simulation from his modern-day office. It seems at first like he created the simulation, but really, it was Maura, and he’s as helpless as the passengers.

It was her missing brother all along

Remember Maura worrying about her brother, Ciaran, supposedly lost on the Prometheus? He actually is the one keeping his sister, Maura, and their father, Henry, trapped in the simulation.

When Maura finally wakes to reality, she’s actually on a spaceship in the year 2099, along with the passengers from the Kerberos. A menacing message from Ciaran welcomes her back to reality, and a computer message mentions “Project Prometheus.” So the sibling battle for reality appears far from over.

1899 was a popular enough that a second season seems likely. Creators Jantje Friese and Baran bo Odar told Deadline they’d like it to be a multiseason show, but that depends on the Netflix ratings.

Actor Jonas Bloquet, who plays Lucien, said that the cast asked the creators about what would happen if there was a season two, but were essentially told, “wait and see.”

We’re waiting. And while we wait, we’re going to have to rewatch the whole thing again, to pick up on all the revealing details we missed the first time.

Movies Coming in 2022 From Marvel, Netflix, DC and More